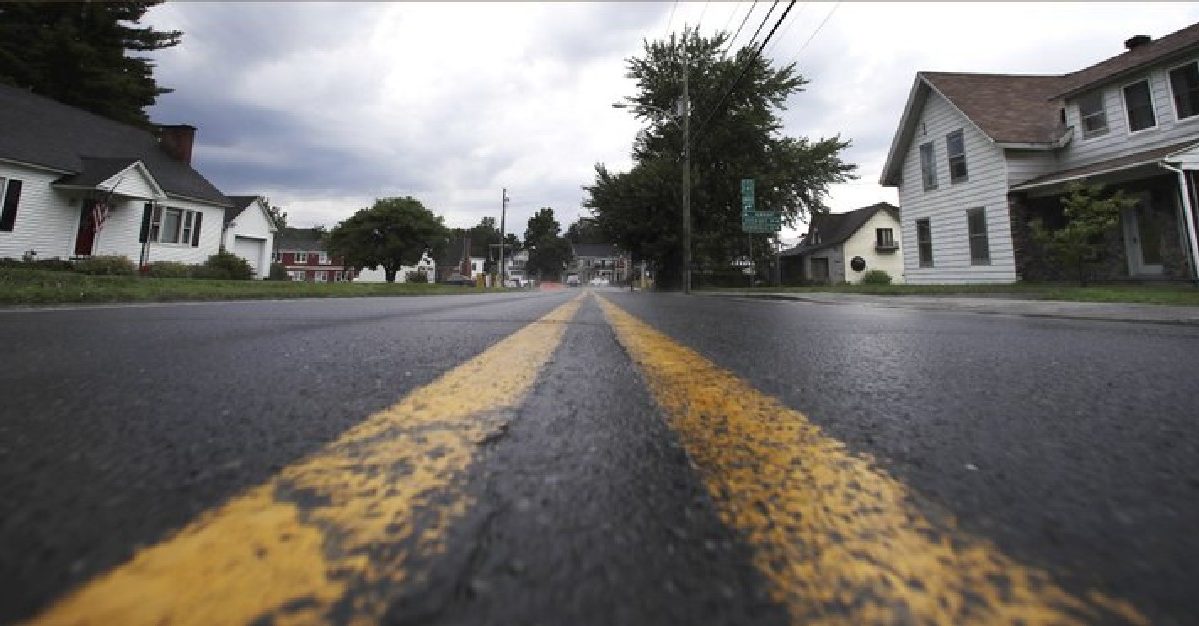 Can’t get local officials to respond to your traffic concerns? You might just have to get creative. At least it worked for a couple of Toronto, Canada residents.

Back in 2017, several neighbors that lived on the intersection of Regal Road and Springmount Avenue were fed up with drivers ignoring stop signs on the busy intersection. The residents complained that the configuration of the road gave drivers too much space to take wild and dangerous routes. So, they decided to team up and do something about the problem.

Got together with some neighbours and transformed a local intersection with chalk & leaves, revealing a surplus surface area of 2,000 square feet which could be re-designed as a parkette, new sidewalks, and much shorter/safer crossings. 🌳🚶🏽 More: https://t.co/SNYkMMo0Ui pic.twitter.com/psv0MRTZXi

According to Jalopnik, one of the residents tweeted out before and after pictures of the neighbors’ ingenious solution. They used chalk to square off the intersection, then neighborhood kids collected a ton of leaves and the adults spread them out over the pavement, essentially creating what looked like a landscaped area. And it worked.

“It looked so good and it was so inspiring to see cars stopping for the first time ever that we decided to leave it for a few days,” resident Dave Meslin said. “Traffic instantly adapted to what should be the design of the intersection in the first place.”

As it turns out, city officials weren’t all that happy that the residents decide to go rogue and take matters into their own hands. But, Meslin says the redesign served its dual purpose: It got drivers to pay attention to the stop signs, and it got the local government to consider making the change permanent.

All in all, it looks like the bold move ended up paying off in the end. And, you know what they say: It’s better to ask forgiveness than permission. Although, I’m pretty sure the Toronto neighbors weren’t all that apologetic either when things were all said and done.