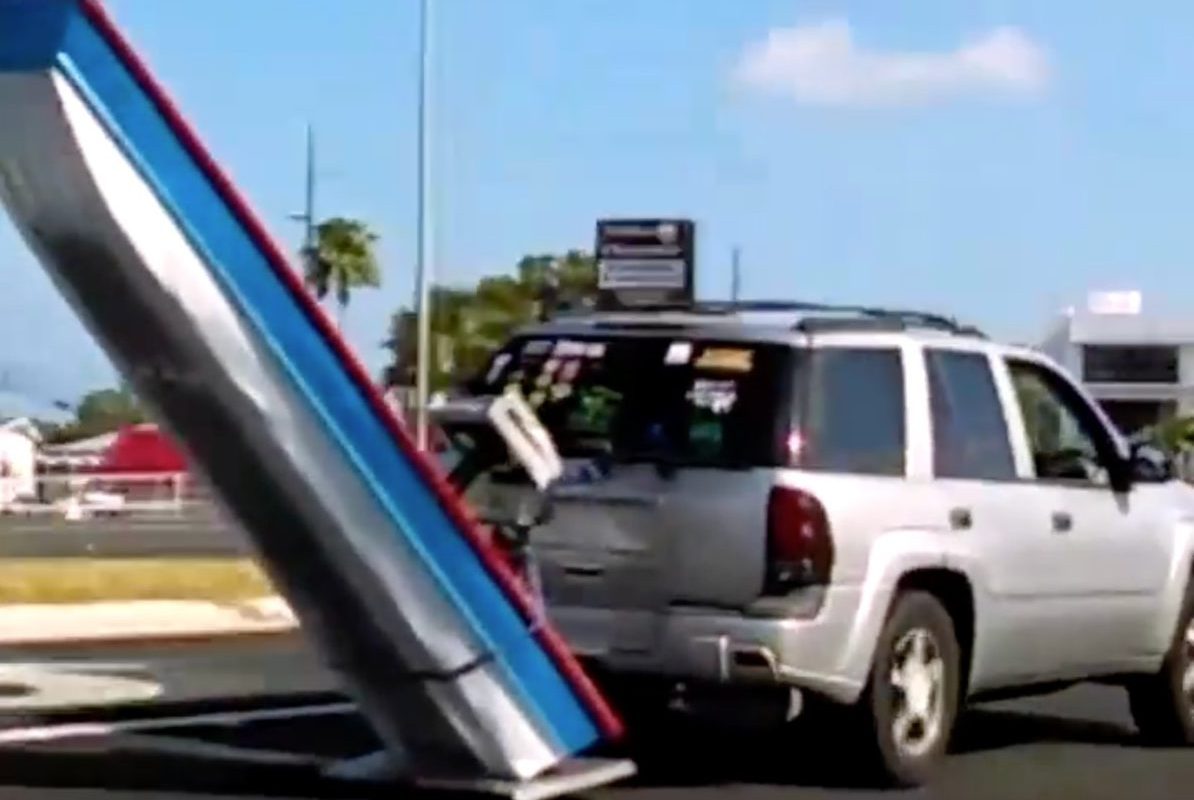 With just a tiny platform and some bungee cord, one Florida man proved that you don?t need one of them there fancy trailers to move your boat from point A to point B. Well, technically, you may not need to have one, but it’d probably be a lot better for your peace of mind if you did.

The video of the incident, which was released back in August 2017, only shows a little more than 30 seconds of the jerry-rigged tow job in action, so who knows if that setup actually made it to its intended destination or even survived a single turn. I’m guessing that even in the event that the boat did make it to where it was headed in one piece, it wasn’t without a few pissed off drivers letting the unconventional tower off the hook without at least a few convincingly angry honks of the horn.

Kenneth Keegan and two of his friends spotted a vehicle towing a boat, only it wasn’t on a boat trailer.

The boat, stood up on its stern, appeared instead to be tied to a small platform, which was attached to the back of the vehicle, seen awkwardly dragging the boat at high speeds.

“When you have to go fishing in Hudson and you don’t have a trailer,” Keegan says on the video.

This definitely isn’t the most effective towing method, but you?ve got to at least appreciate the outside-of-the-box attempt here, especially considering that it went down in Florida, the go-to state for wild and crazy shenanigans.

The fish must?ve been really chomping at the bit that day, because only a hardcore fisherman with limited time on his hands could have found himself in such a situation.