Guy Drinks a Beer on the Highway After Rear-Ending Car 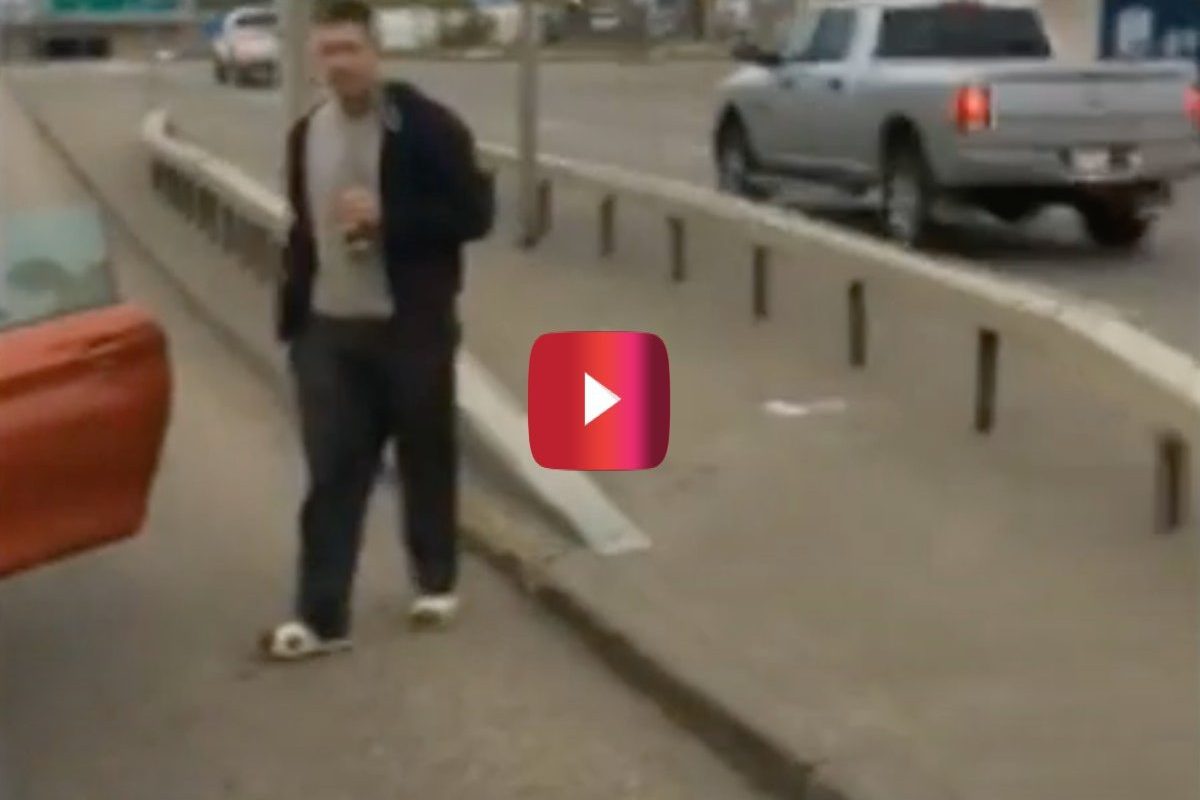 There are two types of people in this world: People who own up to their mistakes and accept the consequences, or folks who, even after their own foolish actions end up causing damage, double down on their recklessness. It’s safe to say that the guy in the video below belongs in the latter category.

After rear-ending a car on a busy highway, this genius decided that his best course of action in the situation was to crack open a cold one (or, probably more accurately, a lukewarm one) and just keep on drinking in the middle of the road.

If you happened to pick up on the accent of the guy filming or noticed the sign in the background that read Wayne Gretzky Dr., you likely gathered that this incident went down in Canada. Now, they may seem to be pretty lax about things up in the Great White North, but something tells me that once the Canadian Mounties showed up, our beer-drinking bozo wasn’t acting so casual.

Even considering the ridiculousness of this entire situation, probably one of the most unbelievable moves is when the guy claims that he only started drinking his road beer after he felt “offended” when the guy who he had rear-ended allegedly assaulted him.

If only getting offended were a legitimate excuse to start drinking. Hey, if it were, I’d get “offended” a lot more often. It’d make trips to the DMV a hell of a lot more entertaining, that’s for sure. Almost as entertaining as watching this drunk driver’s total meltdown.

Once his buzz wears off (which who knows when that’ll be), he probably won’t be too happy to learn that he’s an Internet laughingstock. In fact, he’ll probably end up getting offended. And the cycle continues…