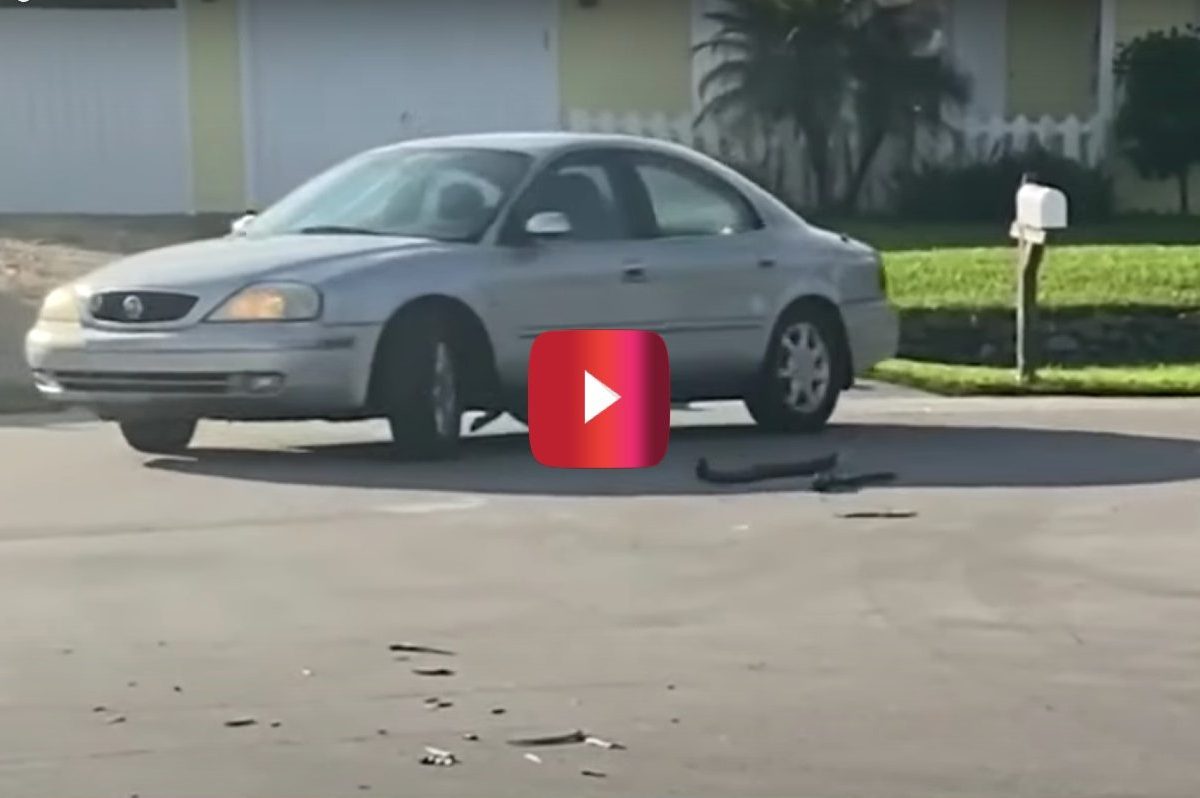 Oh man, this is truly the best story I have ever read. It looks like this pup just wanted to go for a little joy ride. Some Port St. Lucie neighbors watched as the dog took the ride of a lifetime after being stuck inside a car spinning in reverse for a full hour!

What makes this whole thing so hilarious is that the neighbors said the dog didn?t seem to mind it at all. Because well, I?m sure he was basically having the time of his life. Neighbor Anne Sabol, who witnessed the joyride, said that when she looked out her window, she saw a police car that grabbed her attention.

That?s when she saw two more cars and realized that they were all responding to a grey sedan that was spinning in reverse in a cul-de-sac. Inside the car? An innocent adorable looking Black Labrador. According to the officers, the dog?s owner had briefly stepped out of the car when the dog somehow knocked the car into reverse.

Police said there we able to stop the car by punching the passcode into the driver?s side door, but not before the Florida dog managed to take out a trash can, a neighbors mailbox, and some bricks in front of a home. Luckily, there were no injuries in the incident, canine or human. Instead, the dog seemed to be pretty happy about his first and well, last solo drive. I will say this, he?s a better driver than I am, hands down.

This little rascal probably didn?t even know what was going on, all he cared about was just going for a sweet ride. An hour is insane though, I bet the owner isn?t going to leave the dog alone in a car anymore. I do appreciate that she left is on in the first place though, smart human!