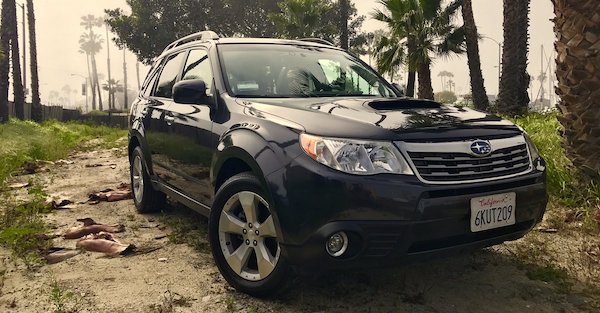 Let’s clear the air. Bears are intelligent, highly-crafty creatures that lust after food, power and adventure. They also kind of look like labs in the face, which is why the rascals are just so darn cute. However, as anyone who has lived in bear territory will tell you, this group of omnivores is set on global domination.

Submitted for your approval, an Ursus example of ingenuity with a penchant auto-focused machinations. A bear, A BEAR, in Durango, Colorado found its way inside of a Subaru Forester, where it just messed everything up, probably because it suddenly realized it’s a bear in a car not designed for bears, but bear discrimination in the auto industry is a whole different issue. #wakeupsheeple

The bear, who hasn’t been identified, pooped on the seats, destroyed the radio, decided steering columns were passé and crashed the whole mess into a neighbor’s mailbox.

The whole incident was probably triggered by a search for food. An early freeze this year destroyed many of the acorn and berry harvests that bears typically rely on to eat, pushing them closer and closer to humans. So be a bro, don’t leave your garbage out, or in your car, for a bear to accidentally commit felony vandalism.