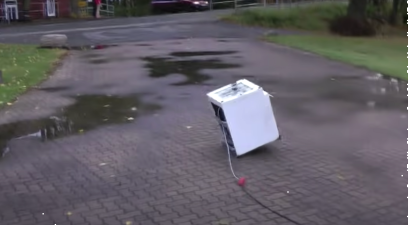 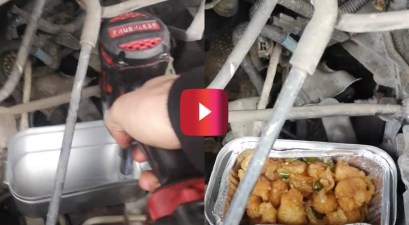 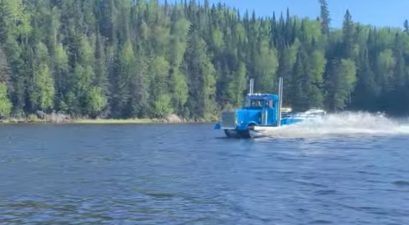 You would have to have nerves of steel to be in the driver’s seat of this truck. Then again, Russians continue to prove time and time again that they’re basically fearless. This video shows a heavy cargo truck crawling across a narrow bridge, and if you’re afraid of heights, I wouldn’t exactly recommend watching this for too long.

This wild moment occurred in Vitim River, Zabaykalsky Krai, Russia. At the very beginning of the video, we see the driver easing towards the start of the bridge. It truly makes you wonder what’s going on inside their heads to attempt something like this. However, these guys are confident that the truck will fit no problem, and they’re not technically wrong. Sure it’ll fit, but with only a few inches on either side, it has potential for things to go wrong in a split second. On top of that, If it did happen to fall, there’s a good chance those occupants wouldn’t survive.

As intimidating as this may have been, the truck driver proved how skilled he really was. Even while carrying a vehicle on the bed, he maintains a steady throttle throughout the entire bridge. He’s got spotters in front of him to help out, but it’s pretty obvious this person knows how to handle that truck. They get over the frozen ice and the river itself, before safely making it to land on the other side. Talk about a wild day on the job, but hey, I give them credit for getting it done.

This is what you call living life on the edge. Literally. I’m surprised the weight of that truck was supported by that rickety bridge, but I’d love to know more about the backstory behind how that came to be, and how frequently this actually gets used. Regardless, watching this truck make the drive to the other side was oddly satisfying.