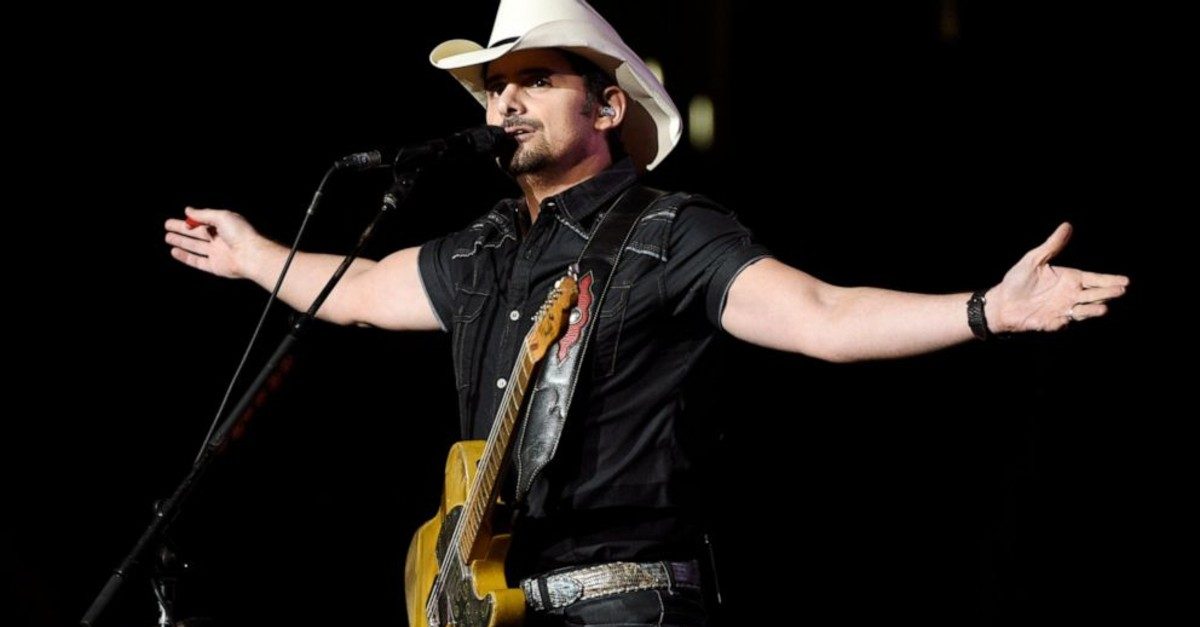 Brad Paisley isn’t just a world famous country music star, but he’s also a diehard Chevy Corvette enthusiast. His tour bus was designed to look like a ‘Vette. He has a Corvette named after him. He even owns a Corvette guitar!

Needless to say, Brad was one happy camper last Friday, when he picked up his 2020 C8 Corvette from the National Corvette Museum in Bowling Green, Kentucky. After picking up the sleek sports car, Paisley said that he would be driving as fast as he was allowed on his way home to Nashville, Tennessee.

You can see the country singer receive his new Corvette in the below video, which was posted on the National Corvette Museum’s official Facebook page. Safe driving, Brad!

Read More: ?56 Ford Thunderbird vs. ?59 Chevrolet Corvette: Which Is the Better Classic Car?

Brad Paisley’s love for the Corvette goes way, way back. His father Doug passed his passion for the classic Chevy car down onto Brad, who bought his first Corvette in the 2000s: a preowned 1999 C5.

While the ’58 Corvette model is Brad’s favorite, he also owns a 1999 Corvette and a 2011 Corvette ZR1, which was modded by longtime NASCAR team owner Rick Hendrick.

Brad’s tour bus, which he showed off on an episode of Jay Leno’s Garage, was even designed to look like a Corvette. This bad boy isn’t your average tour bus, either, as it churns out 515 horsepower and 1,650 foot-pounds of torque.

We could really go on and on about Brad’s Corvette obsession. He constantly rocks Corvette shirts on stage. He has toured the Corvette plant, getting to watch how the assembly line magic happens. He’s featured Corvettes in his music videos, and he’s known to play George Jones’ The Corvette Song at live shows.

We challenge you to find a country music artist — or any music artist, for that matter — who loves Chevy Corvettes more than Brad Paisley.