Bear Trashes SUV for Gummy Bears, and Leaves Behind a Nasty Surprise 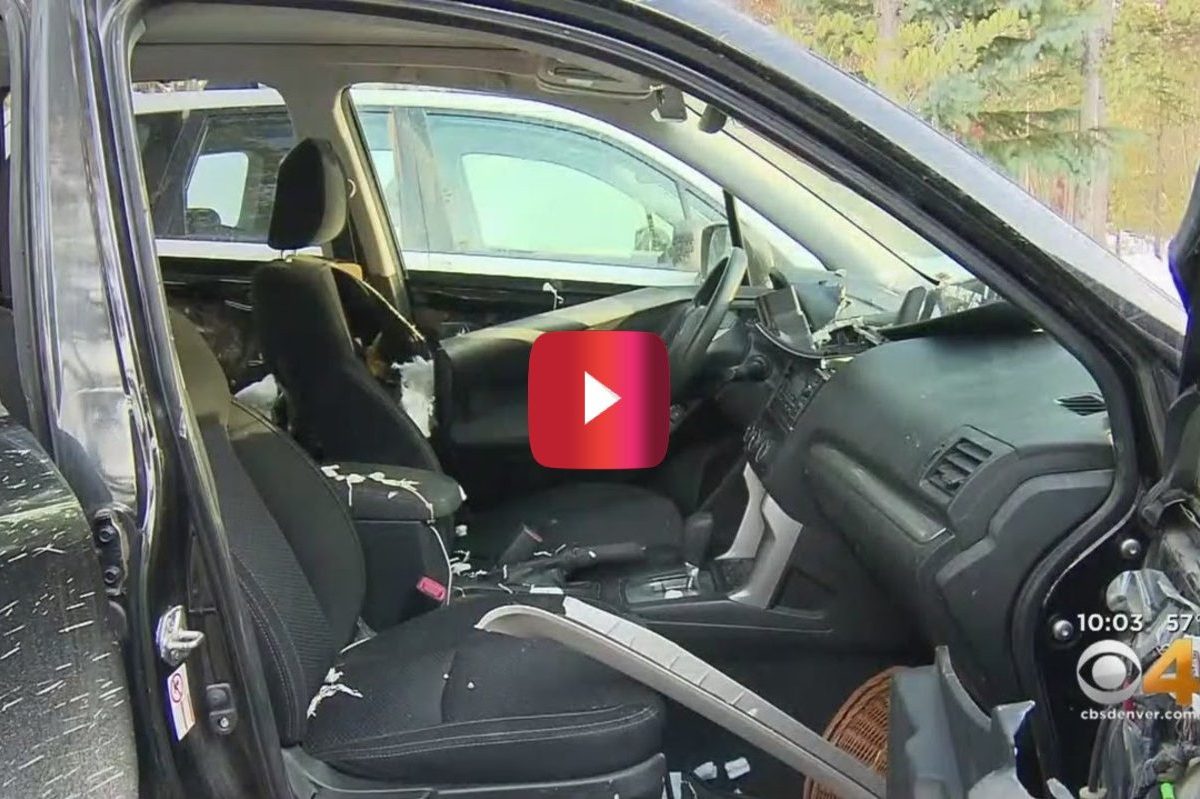 The first rule of living or traveling in bear country? Don’t leave food in your car. Breckenridge, Colorado woman Cate Siegel learned that the hard way after an unattended bag of gummy bears in her 2014 Subaru Forester led to a hungry bear stopping by for an unexpected visit and leaving behind a smelly gift.

Apparently Siegel, being from Colorado and all, is usually good about not keeping food in her car. But, all it took was one slip-up for the uninvited guest (aka the bear) to come tearing through her neighbor’s lawn, turning over several trash cans in the process, before eventually getting into Siegel’s car.

“He must have just got in, went back, and got in the backseat,” Siegel told CBS 4 Denver back in April 2019. “I assume he’s not too big because he was able to get into my car and maneuver around.”

Read More: We Are Family! This Bear Family Was Just Found Living Under a Massachusetts Highway

The bear not only got the gummy bears that it was looking for, but also completely tore up the interior of Siegel’s car. And, as the pièce de résistance, the troublesome animal left behind “a little surprise in the backseat.” In other words, “doody” called before the bear got a chance to make it outside for a bathroom break. It pooped in the car.

“There was a garage opener in the car, [he] must have stepped on it and opened the garage door,” Siegel said. “But luckily our trash had just been taken out.”

Needless to say, Cate Siegel won’t be leaving gummy bears, or any other food, in her Forester for potential large-and-in-charge foragers anytime soon.