This Bear Family Was Just Found Living Under a Massachusetts Highway 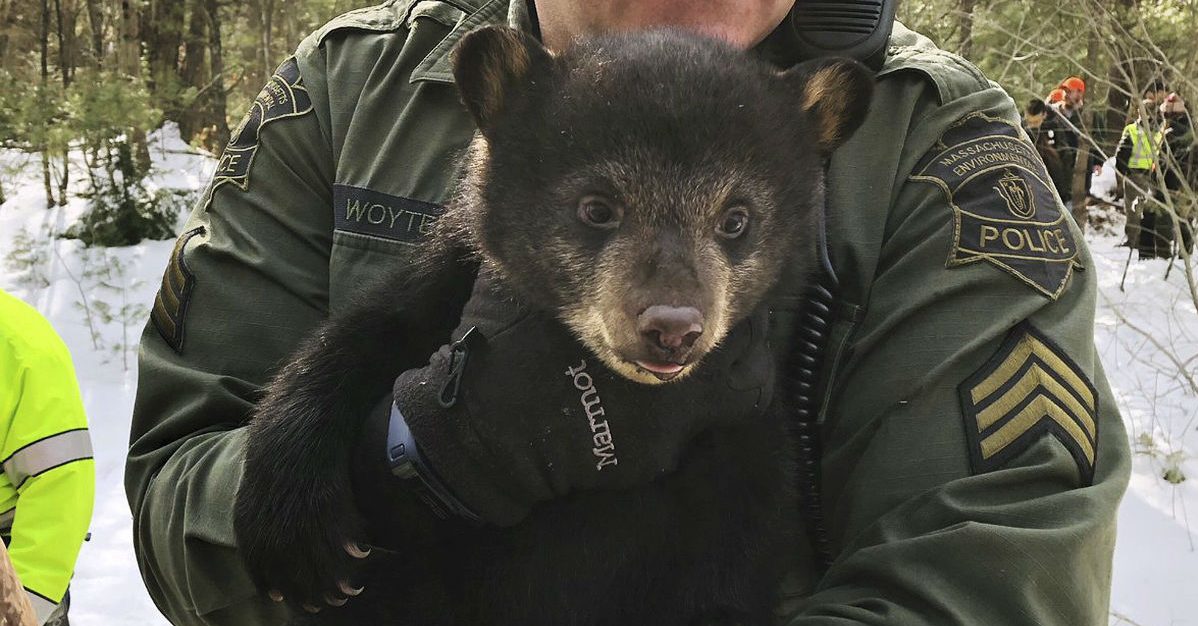 TEMPLETON, Mass. (AP) ? A portion of a Massachusetts highway was shut down while state wildlife officials moved a family of bears that had set up a den in the median.

State police shut down a stretch of Route 2 in Templeton on Thursday morning while state environmental police tranquilized the mother bear and relocated her and her cubs to a safer location in a nearby state forest.

Read More: When a Bear Got Trapped in a Car, California Deputies Took Matters into Their Own Hands

Everything went beary well! Mother 🐻 was tranquilized. Mother & cubs have been relocated to a safe location by @MAEnviroPolice & MassWildlife in nearby State Forest.

Thank you all for your patience in #MAtraffic while we made this happen. pic.twitter.com/W0QxsIenKQ

Authorities say the bears had to be moved as a precaution to ensure their own safety as well as the safety of motorists.

Route 2 is a four-lane highway in that area and was shut down for about 45 minutes.

State police tweeted that ?everything went beary well? with the move.

Read More: This Dog Cruising Around with the Sunroof Open Is Living Its Best Life