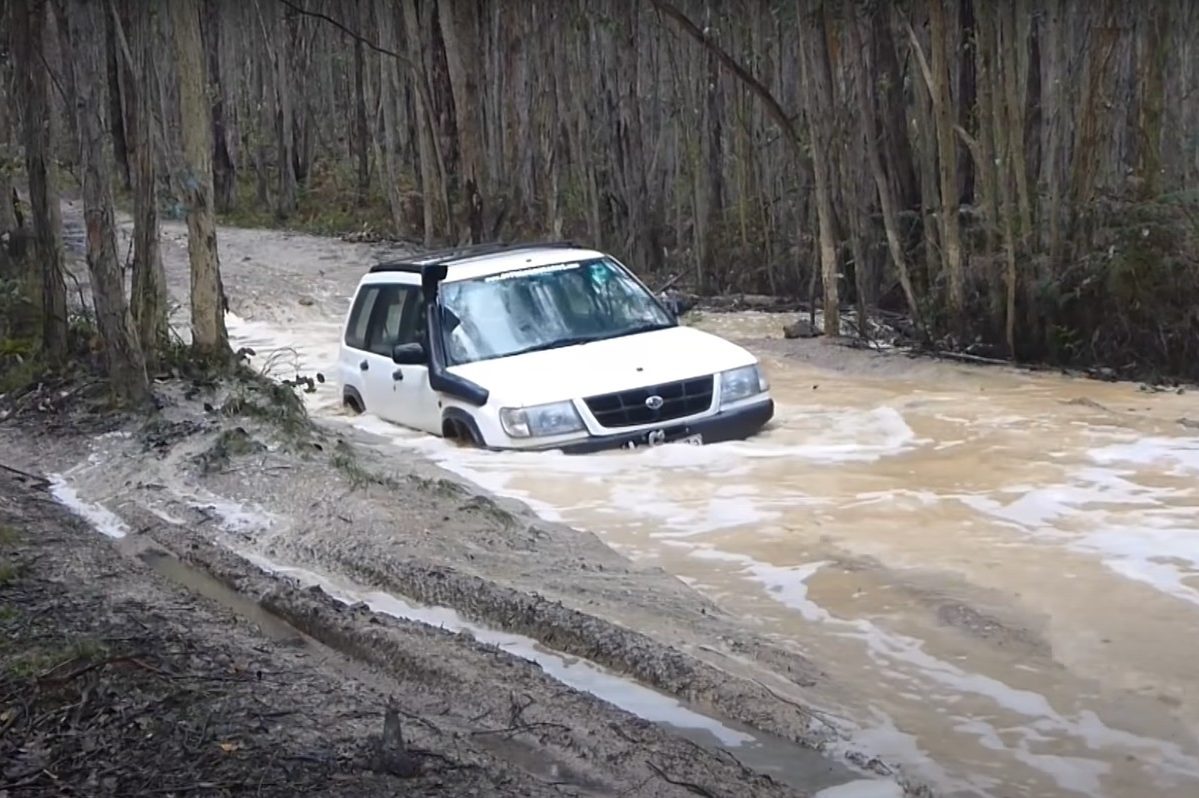 Off-roading can be one of the most fun experiences a driver could have behind the wheel. Depending on what you’re driving, some SUVs can make tough terrain an adventure instead of an impassable obstacle. Certain makes and models have become synonymous with off-roading. The Subaru Forester is known to tackle a tough trail or two.

The Subaru Forester was one of the first crossover SUVs of its time. The Forester was built to resemble a car yet had an all-wheel drive drivetrain and a greater height than sedans. The crossover was first introduced with the slogan “SUV tough, car easy.” The first-generation Subaru Forester was Subaru’s unique attempt at an SUV that was so sporty that it could compete with a sedan. Both sleek and tough, the Forester is the best of both worlds, but just how good is it off-road?

The clip above was recorded in Wombat State Forest, Victoria, Australia. The driver thought they could easily clear a huge gap on a trail using their Forester. They were sadly mistaken. The driver drastically misjudged the bog hole and ended up plummeting into muddy water.

Off-roading can be fun, but it is also hazardous. You can seriously damage your vehicle if you are unprepared or inexperienced. A fun day on the trail can quickly turn into an expensive few days at your local mechanic shop. Not all off-road vehicles are built equally.

The driver makes multiple attempts to exit the bog hole. Each time, the Forester is forced back into the pool of mud until it eventually gains some traction. After over a minute of battling nature, the Subaru wins the battle of Man vs. Bog. Off-roading is like a sport. With the proper practice and equipment, people can have a safe and enjoyable time performing amazing feats.

Like with any other sport, accidents happen, and lack of preparation can spell disaster for participants. If you’re going to hit the trail, make sure you know what you’re signing up for before diving in headfirst. You may just end up stuck.