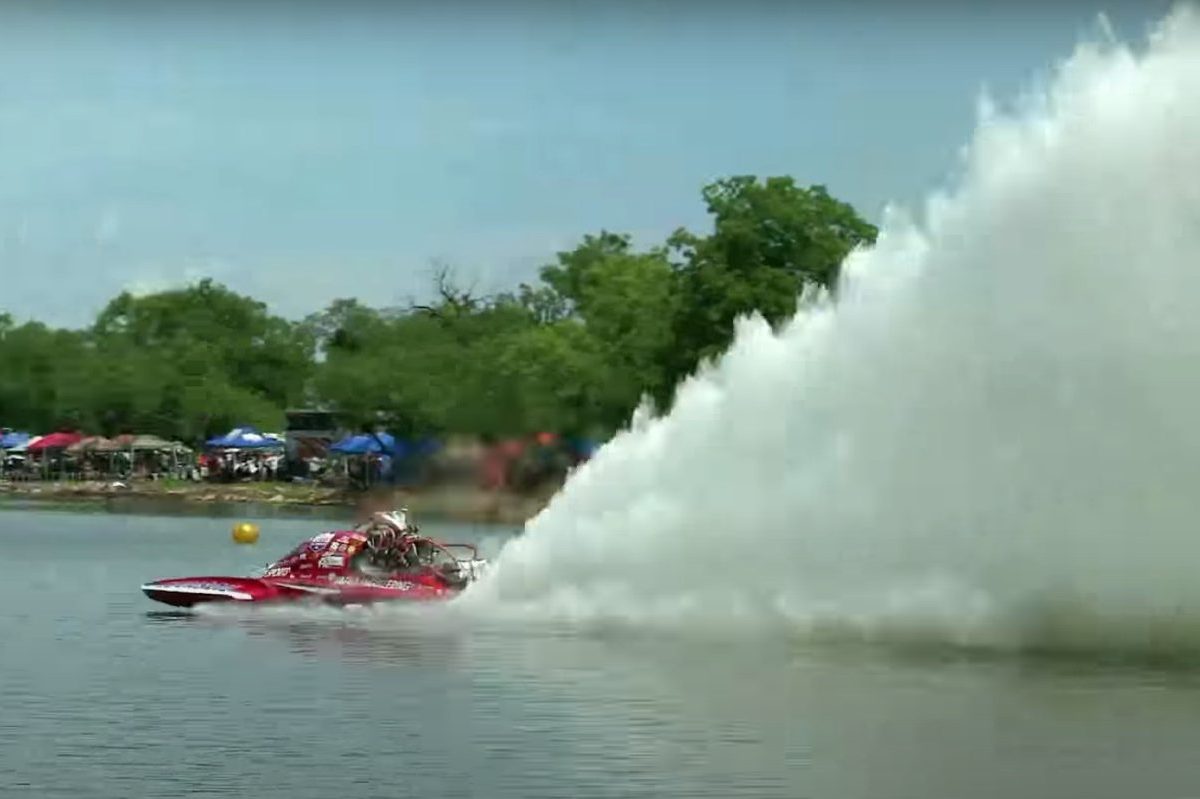 If you’re a boat owner, you know it takes a lot of power to get out of the water. With hurdles like water resistance and prop efficiency, you could have 700-800 horsepower just to go 80 MPH. Think of spinning your tires constantly, like trying to drag race on ice, and you can begin to understand why the drag boats in this video are packing 8,000 horsepower. In fact, these boats use the sort of nitro burning, boosted big block Hemi engines we typically see in Top Fuel drag racing.

For the “Showdown in San Angelo” drag boat races in San Angelo, Texas back in 2015, a few souped-up boats went head-to-head in what can only be described as pure, high-octane craziness. Once those motors rumble and roar to life, just about anything in a close radius starts shaking like there was a freakin’ earthquake going down. The drag boats themselves take off like mini jet planes, shooting up monster waves like you wouldn’t believe.

But, hey, you know what they say: Everything’s bigger in Texas.

Needless to say, it takes serious cajones to go drag boat racing. This isn’t like whipping around the lake in your jet boat after a couple beers with the boys. This is hardcore stuff. One false move, and it’ll be a lot worse than just having to fish your pal Steve out of the drink because he had one too many Busch Lights and fell out of the boat ass backwards.

In any case, enjoy the video. And, if you ever find yourself at one of these events without ear plugs, expect to be temporarily deaf. As you can probably imagine, these things make way more noise in person.