Jet Boat Whips Around for 360 Stunt During High-Speed Ride 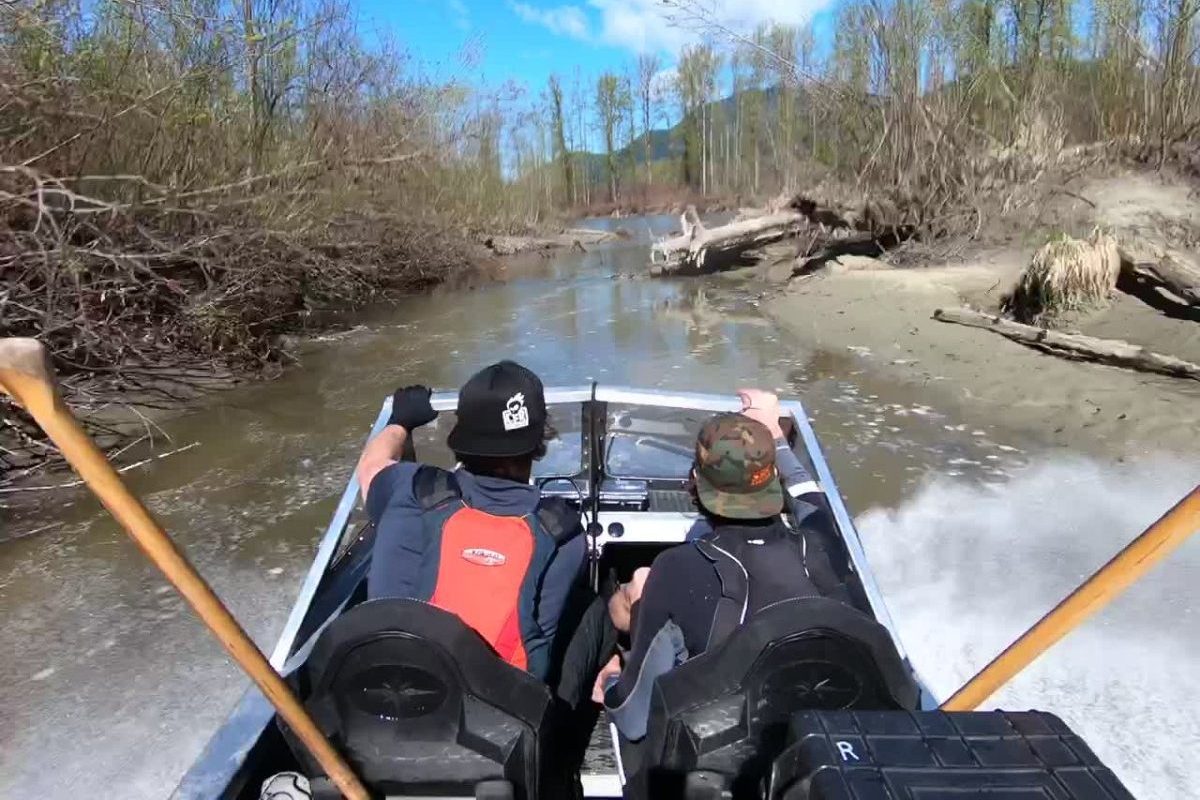 When two buddies, Sam and Moose (something tells me Moose is more of a callsign than an actual name), took their jet stream boat out on a small river in Colorado, they were clearly determined to get the most out of their experience.

They didn’t have a nice, peaceful cruise in mind. They weren’t out there to enjoy the scenery. They were out there to go fast, pull off sweet stunts, and capture the action on video. As you can tell from the footage, it was definitely a mission accomplished.

Read More: Check out What Happens When Would-Be Stuntman Puts Nitrous in a Turbo Jet Ski

At first, the jet boating pals speed their way through a narrow stretch of the river, with little regard for the fact that, with one slight steering slip-up, they could either run aground or have a massive branch take them both out. In other words, they were navigating through waters where, if there were any signs nearby, they would read something like “Hey, man, slow down” or “If you can read this, you’re WAY too close to shore.”

Sam and Moose don’t really seem like the sign-following type anyway, so they end up tearing through several branches and whipping around tight corners before eventually making it out to open water. That’s when Sam looks over at Moose or vice versa (it’s not like they’re wearing name tags) and says something to the effect of “Hold my beer.” Ok, so neither of them were drinking beers, but it seems like something that’d be said in that moment.

Shortly after, we get the “hold-my-beer” moment we’ve all been waiting for: a high-speed 360-degree spins of epic proportions. How’s that for a grand finale to an all-around wild ride? Encore! Encore!