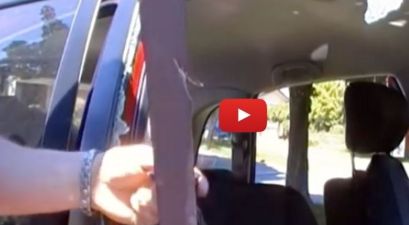 This Car Window Breaker & Seatbelt Cutter Tool Could Save Lives 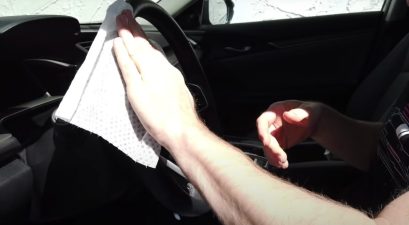 How to Care for Your Car During Coronavirus 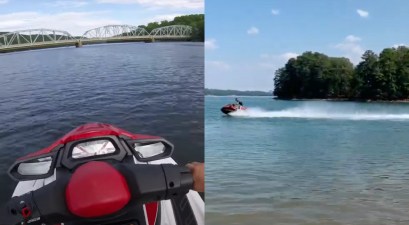 Gino Gargiulo does pretty well for himself these days. As the owner of a truck repair company, a car paintwork group, and a hamburger restaurant chain in Miami, Florida, Gargiulo lives such a luxurious lifestyle that his $750,000 Lamborghini Aventador LP720-4 Roadster Limited Edition wasn’t enough. He needed a boat to go along with it.

Named The Raging Bull, Gargiulo’s $1.3 million Lamboat is 48 feet long and boasts a pair of twin-turbo Mercury Racing 1350 engines. Oh, and it has a top speed of 186 MPH. Engineered by the talented folks over at Marine Technology Inc., this Italian supercar speedboat definitely looked the part, with taillights, a steering wheel, seats, and a front end all inspired by the Aventador. I mean, this thing is SLICK.

It was featured on the CNBC show, The Secret Lives of the Super Rich, so if you want to check out one of the most high-octane custom performance boats out there, do yourself a favor and watch the below clip.

Read More: Check out This Incredible $48,000,000 Golden Yacht With a Carbon Fiber Hull

Back in 2014, Gargiulo, who also got a Mercedes boat commissioned in 2007, was interviewed by CNN and the guy has quite the story. For 25 years, he was a homeless drug addict, and then, somehow, turned his life around. Now, just judging from the way he talks about his Lamboat, those days of slumming it are definitely behind him.

“Like anybody that likes expensive things, it’s definitely an ego thing,” Gargiulo said.

“Maybe it’s partially boredom. I’m one of those people that always has to have to have a project — and I’ve been thinking about doing the Lamborghini boat for years.”