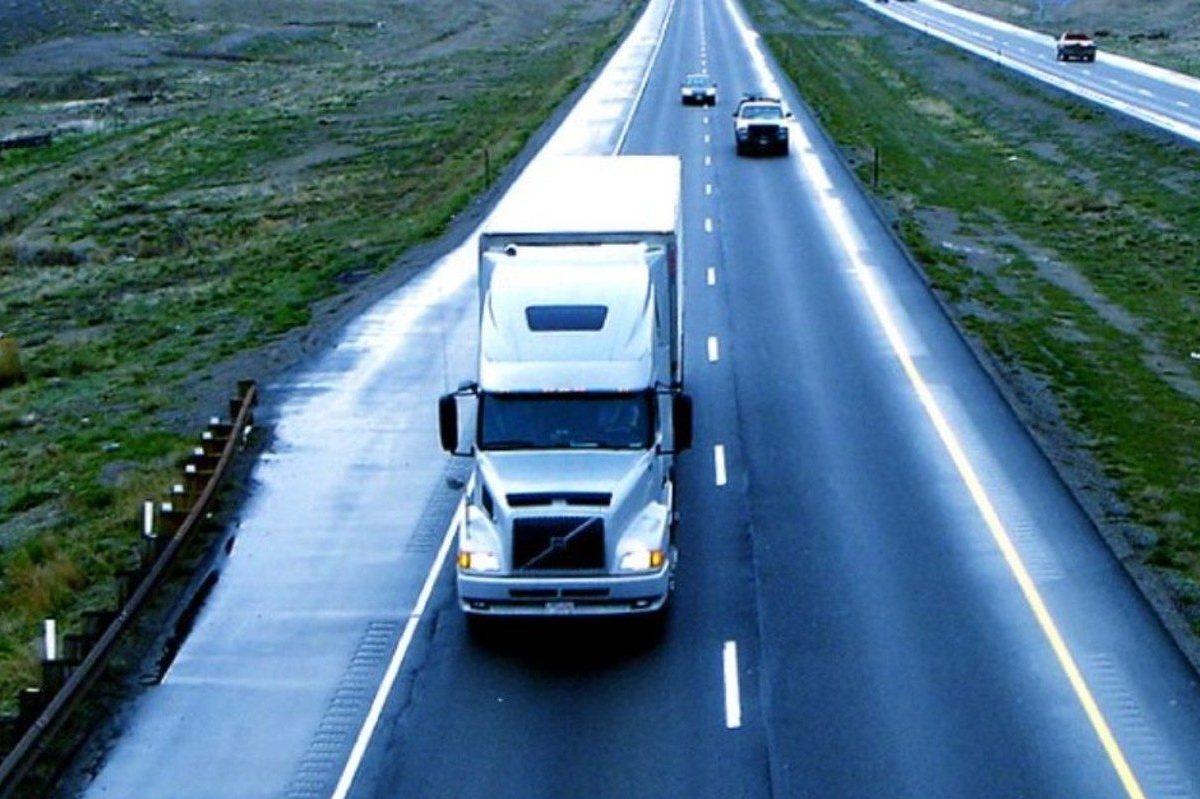 Trucking is often an unforgiving profession: long hours of tedium propped up in a seat that is destined to ruin your back and under-appreciated by the consumers; it?s no wonder that an entire sub-genre of music has evolved to help truckers tell their stories and gain a little recognition. Many of the singers bemoan being away from home and their families and others the never-ending highway. Coffee, cops, and tragedy all figure heavily in truck driving songs.

The first truck driving songs date all the back to the ’50s, but it wasn?t until the ’60s that the trucker sub-genre started to come into its own. Songs of country?s most famous stars have made contributions to the subgenre, while others (like The Road Hammers) seem to do nothing but sing about trucking. Here are the 10 best truck driving songs.

?Who is the girl wearing nothing but a smile and a towel in the picture on the billboard in the field by the big old highway?? asks Del Reeves without pausing to take a breath. Reeves knows enough to slow down when he?s passing the billboard, as she often causes drivers to crash. After passing the picture for days on end, Reeves finally stops and asks the painter who she is. It?s not just a great truckin? song, but also a great song about lust.

A haunting tune in which the singer is picked up by Big Joe and his rig the Phantom 309. Big Joe drives the hitchhiker through the night, then drops him off at a reststop in the morning with change to buy coffee. As he?s getting his coffee, the singer is told that Big Joe died years before; he crashed while trying to avoid a schoolbus full of children. Haunting, yes.

Coffee and a jukebox: two things that keep a truck driver going. Terry Fell originally released this track in 1954, heavy with harmonica and fast-paced. Buck Owens fills it out a bit, trades the harmonica for guitar, and drops the fourth verse. This was one of the original truck driving songs.

Haggard?s tragic tale of a truck driving man who sees his death approaching but can?t quit was inspired a movie by the same name. The song tells the tale of a working man who has never known anything but the lines on the highway, and though he no longer gets any satisfaction from driving, he doesn?t know how to quit it.

When Miller picks Bobby up on the side of the highway, it will change his life as a trucker forever. Together they share stories and beer as they head towards California. However, because no truck driving song can ever end happy, Bobby leaves him by the end of the song, preferring to settle down than spend the rest of her life on the road.

Based on an actual event, ?30,000 Pounds? chronicles a truck driver?s emotions and reactions as the brakes give out on his rig while he is coming into town. As the truck builds momentum, barrelling downhill into Scranton, PA, so does the song, picking up speed as the narrator nears his fatal crash. Half comedic but wholly tragic as the driver left behind a wife and child, not to mention all those mashed bananas.

Written for the movie Black Dog, Knight?s truck driver is falling for a girl Louisville and doing all he can to get back to her. Knight practically punches the words of this song and you can hear the sound of the rig shifting at the end of the chorus with a brief drum hit?the song is urgent and demanding, a dark counterpart to ?Six Days on the Road.?

This song, penned by Dave Loggins, was Alabama?s 12th consecutive number 1 single when it reached the top of the charts in 1984. In the song a trucker is coming home to his wife and kids when his rig jackknifes in a blizzard. However, at the end of the song the family receives a call from the trucker, saying he?ll be home, and tells them to keep rolling on.

Though it wasn?t the first truck driving song, ?Six Days? is credited as being the one that launched the sub-genre. It helped solidify country?s reputation as music for the working man. All of the others songs on this list owe credit to Dudley?s 1963 hit. Sawyer Brown later revitalized the song in the 90s, riding it to the top 20.

If you don’t think this isn?t the best truckin? song of all time, Jerry Reed will get right up out of his grave to convince you it is. Written and recorded for the movie Smokey and the Bandit, the song has since taken on a life of its own. It spent 16 weeks on the Billboard charts back in 1977 peaking at No. 2 and has since been re-recorded several times, most recently featured in the hit TV show Archer.