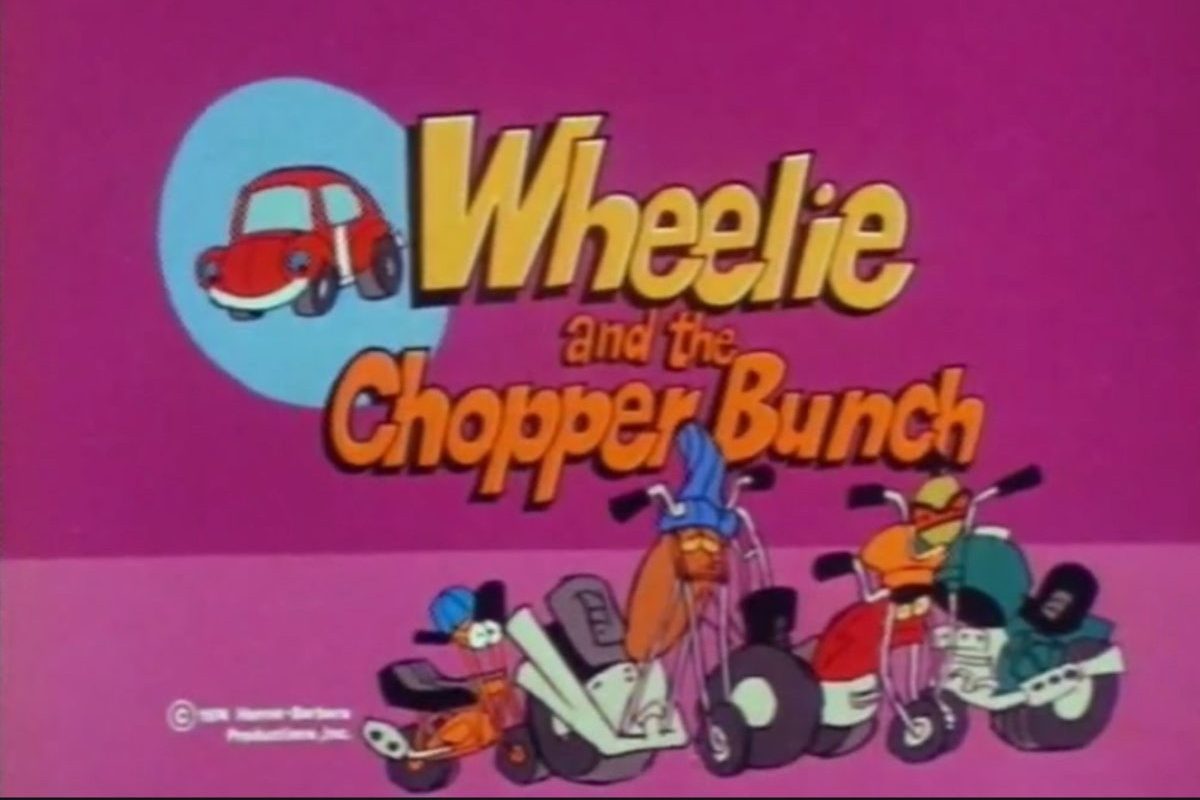 Each motorcycle has its own personality, but Hanna-Barbera took those personalities to the next level in 1974. The legendary cartoon production duo brought a motorcycle gang cartoon series to Saturday morning cartoons. William Hanna and Joseph Barbera are responsible for some of the most innovative cartoons ever created, like Jabberjaw and Scooby-Doo. Wheelie and the Chopper Bunch was no different.

The show featured the voices of Don Messick, Frank Welker, Judy Strangis, Paul Winchell, and Lennie Weinrib. Its original release date was in the fall of 1974 on NBC. Even though it only lasted for one season, the animated series broke new ground and brought an element of motorsports to the limelight. How many kids’ TV shows involve choppers, cars, and bulldozers?

Remember Wheelie and the Chopper Bunch?

Wheelie (a car that looked like a Volkswagen Beetle) and his girlfriend Rota Ree are both pre-Disney Cars era, so their character design is pretty unique. The show also featured such characters as Wheelie — the leader of the troublemaking Chopper Bunch — along with the other mischievous motorbikes: Revs, Hi-Riser, and Scrambles. The show included such episodes as “The Stunt Show,” “The Copter Caper,” and “Wheelie Goes Hawaiian.”

Wheelie and the Chopper Bunch may have even paved the way for other shows and series produced by cartoon giants like Warner Bros. The complete series collection is a must for those who fell in love with motorcycles and automobiles in their childhood during the ’70s.

Wheelie and the Chopper Bunch wasn’t exactly the Superfriends, but the Hanna-Barbera cartoon definitely left a lasting impression on many. There was even a comic book series and collectibles made after the show. It can be considered a cult classic, depending on which ’70’s kid you asked. The show also ran in the mid-’90s on channels like Cartoon Network and Boomerang, so toon fans of other eras could’ve definitely been exposed to the show.

Wheelie and the Chopper Bunch is iconic in terms of cartoons based on vehicles, along with other shows like Speed Buggy and Wonder Wheels. Leave it to Hanna-Barbera to create something completely out of the box that some would remember for decades. The animated series may have even inspired some kids to get rides of choppers of their own. It just goes to show that no matter how crazy an idea may seem at first or how unconventional it may be, go for it. It just might become legendary.