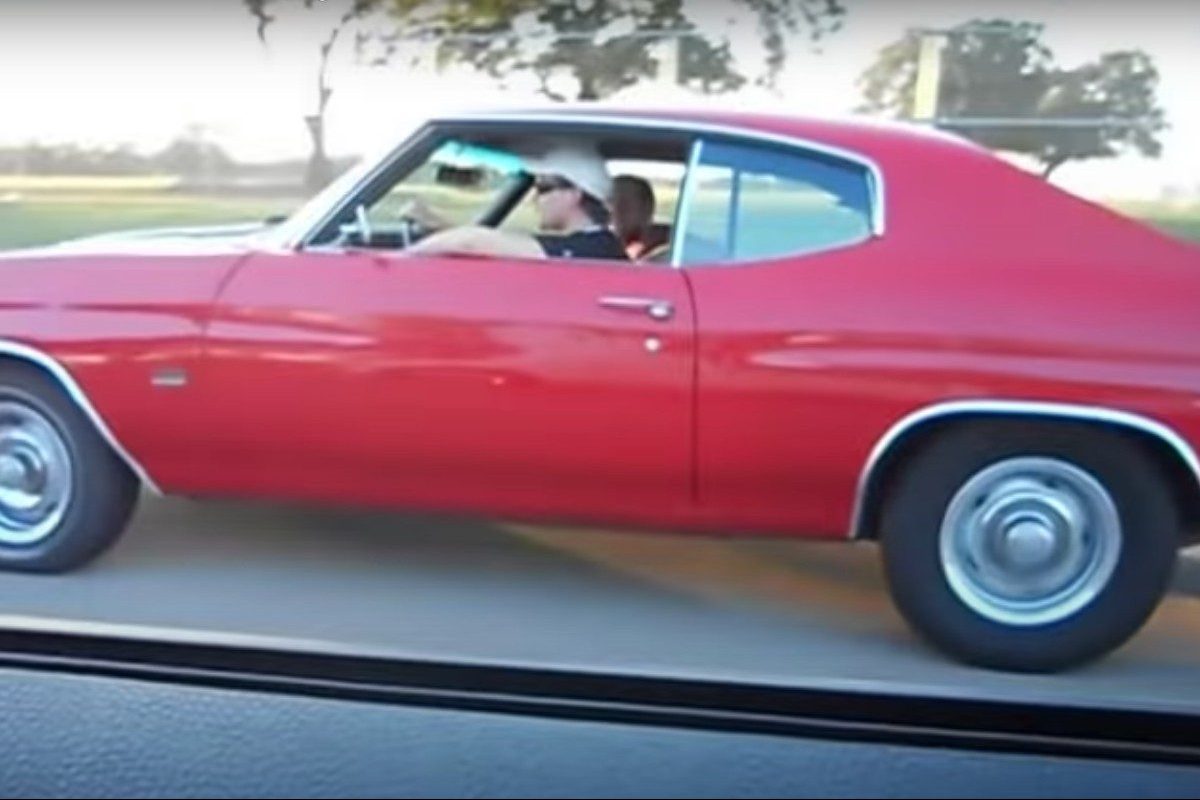 When a muscle car meets another muscle car on the road, you know that an improvised street race is bound to go down. It’s pretty much an unwritten rule. Such was the case when a 383 Stroker Chevelle pulled up alongside a Mustang GT. Too bad the Mustang owner didn’t know what the Chevelle was packing under the hood, or he would’ve known that this race was pretty much over before it even started.

Both cars hit the gas at the same time, and the GT has no chance. On top of having ridiculous speed and power, the Chevelle looked sleek as hell, with rally wheels and an eye-popping paint job. Check out this classic burn rubber in the video above. Forget gone in 60 seconds. This Chevy was gone in about six.

Now, I’d be remiss if I didn’t touch on the beautiful engine that made this whole street race onslaught possible: the Chevrolet 383 Stroker. It’s basically a Chevy 350 block, but uses a modified crankshaft from the Chevy 400 for increased stroke, which leads to increased engine displacement. Shortly after the 350 was introduced in 1967, it started being modified into the 383 Stroker. The first modifications started popping up in the early ’70s. And the rest is pretty much history.

Simply put, this thing is a hot rod engine, meaning you won’t find it in normal production models. You’re most likely to see it at a classic car show, under the hood of a Chevy Camaro or Nova. Or, out in the wild, taking on a Mustang GT in a street race. I don’t know about you, but, at least from a video standpoint, we prefer the latter.