Plymouth Barracuda Ad Will Have You Feeling Nostalgic for the ’60s 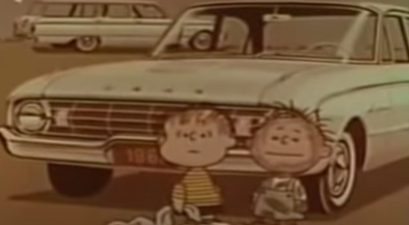 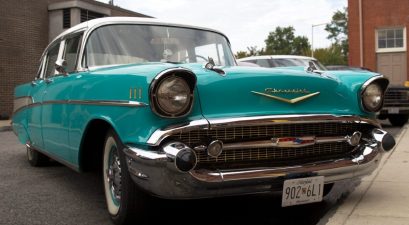 What Makes the ’57 Chevy Bel Air Such an Iconic Classic Car?

The second-generation Plymouth Barracuda needs no assistance selling nowadays, as these cars demand a premium and sell very quickly. A clean Cuda with the right options can start in the $30k range on sites like Hemmings.com. Like most old muscle cars, this wasn’t always the case. Back in the day, competition was fierce and marketing departments worked overtime trying to convince everyone that their car was the coolest.

In what is now a hilarious nostalgic car commercial, we see the 1969 Barracuda in all its glory, with some additional eye candy just for good measure.

In this six-minute short film of a commercial, the narrator shows us every possible option this car could be ordered with, and there are many.

Read More: The Quick and Dirty History of the Plymouth Superbird

Like most muscle cars of the era, things like air conditioning, disc brakes, performance tires, and AM/FM radio were all optional which meant you could order a bare-bones stripper. There are some pretty classic options on this car that might give you a chuckle. The Barracuda could be ordered with a fold down rear seat. Seems normal until the narrator claims when folded down it allowed for two adults to sleep comfortably.

How many people bought a Barracuda to sleep in? One of the craziest options was the “Yellow Floral Mod Top.” This was a vinyl top designed by Stauffer Plastics Division that was in the business of making shower curtains and tablecloths. You could order this top alone or with a matching flower interior. The absolute best part is what the narrator says it will do: “The option that’s going to move those young swingers right out of their Mustang and Camaro into a Barracuda.”

Now, there’s no doubt some went with a Barracuda after selling their Mustang or Camaro, but for a flower top and interior, no way.