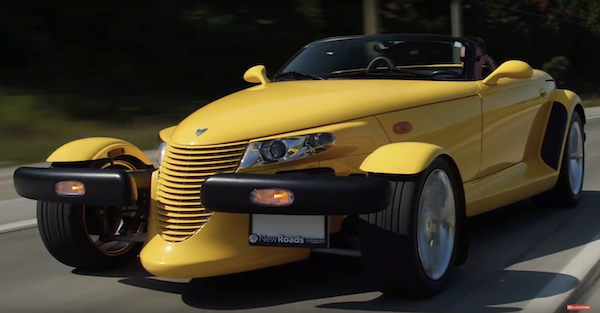 Ah the Plymouth or Chrysler Prowler, you know, depending on the year. It was crazy, radical, different and you either totally hated it, or had a poster of it on your wall.

In this TheStraightPipes video, they explore the wacky car that made the 1990’s cool and helped bankrupt Plymouth.

The hosts, Yuri and Jacob, are an energetic pair who can’t really agree on most things when it comes to the Prowler. On one hand you have Yuri, who is totally obsessed with the car, and then you have Jacob who likes it, but says he would absolutely never buy one.

During the video, you end up learning a lot about the car in a fun creative way, and with some awesome driving footage. It’s hard to say if watching this would completely flip a Prowler hater into a fanboy, but it definitely couldn’t hurt. The car is at the very least very unique, and you have to appreciate the risk that was taken to actually make this car a reality.

Related: Why The Plymouth Prowler Was The Weirdest Car Built In The Last 3 Decades