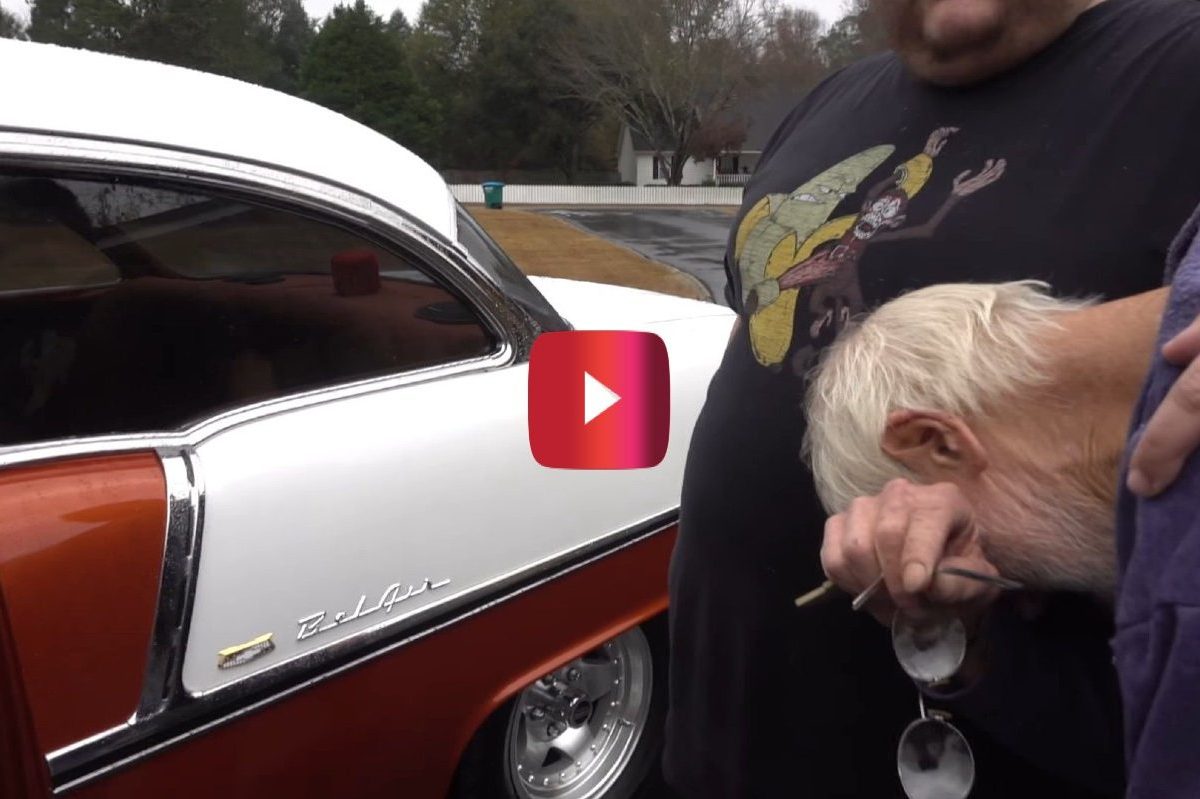 For nearly 10 years, “The Angry Grandpa Show” was a seriously successful YouTube channel, churning out viral hit after viral hit. The basic premise of the majority of the videos, which amassed more than one BILLION views, is fairly simple. They involve a grandpa, named Charlie, who’s…well, angry. I mean, the description for the channel is simply “CAN’T GET NO SLEEP! CAN’T GET NO REST! CAN’T GET NO RESPECT!!!”

Most of the time, Charlie’s over-the-top angry reactions were somewhat manufactured for the sake of clicks. But, every once and a while, there was a genuine reaction video. One such video (and try not to tear up over this one) is the time that the Charlie’s kids surprised him with his dream car: a 1955 Chevrolet Bel Air.

Read More: The Most Expensive New Car Ever Just Sold for a Whopping $19 Million

Talk about a touching moment, right? Considering the backstory behind the sentimental surprise, it’s even more special.

As it turns out, Charlie’s first car was 1955 Chevy Bel Air, which his parents bought for only $250 when he was 16, so he could get to and from his job at the local Piggly Wiggly. But, Charlie’s sister and her husband ended up getting the car when they moved to California. When it broke down, she sold it to a junkyard.

Now, this is where the story gets even sadder. In July 2017, Charlie was diagnosed with cirrhosis. He had two things on his bucket list: to own his own home and to own a ’55 Bel Air. His son Michael bought him the home in early 2016, and the Bel Air came later that year as a Christmas present.

Sadly, Charlie didn’t get much time to enjoy his dream car, as the YouTube star passed away on December 10, 2017. As heartbreaking as it is, it makes that dream car surprise all the more touching and meaningful.