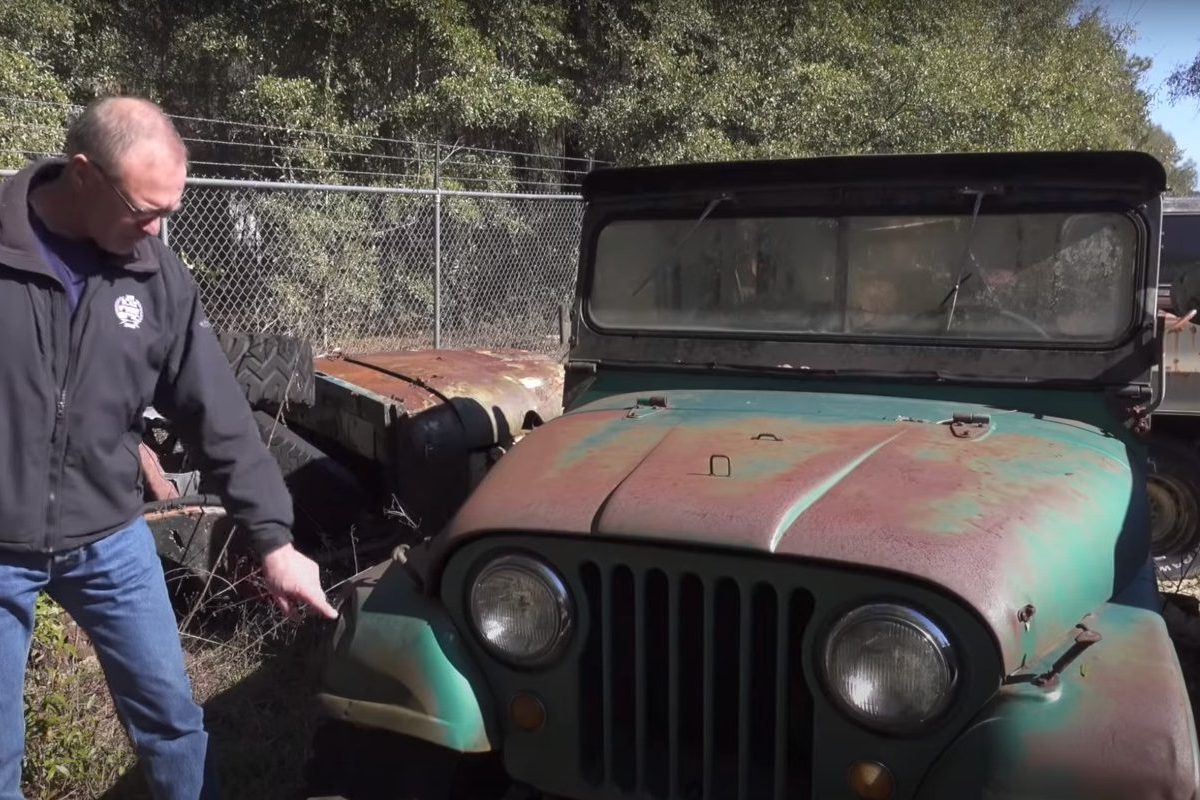 Tom Cotter has made a living tracking down automotive relics that have gone to rust in people’s barns, backyards, and garages over the years. In the Barn Find Hunter series, Cotter spends a good amount of time showcasing a wide variety of vintage cars and trucks. But, every now and then, Tom and his crew aren’t able to pack all of their finds into a single episode. That’s when they treat us to an extra episode, where Tom showcases some locations and vehicles that didn’t quite make the cut of the episode they were initially shot for.

In one of these special bonus episodes from November 2016, Cotter examines a Jeep from the early to mid 1960s that he found behind a towing yard. You can check it out at around the 2:30 mark of the below video, but be sure you don’t miss out on some of the other awesome finds from the bonus episode.

Packed with a four-cylinder engine, the Jeep may have a couple of bumps and bruises on the outside, but Cotter seems confident that an ambitious restorer could get this thing in drivable condition in one afternoon. It might not be pretty to look at, but it would definitely run.

Tom also claims that, after dropping about $2,250 on the vehicle itself and ordering a few parts online, it would take only a few months or so to get the Jeep looking in pristine condition. Would you take a chance on this Jeep? Based on Tom’s excitement over it (and the guy definitely knows his cars), it seems like this ride would make an incredible addition to any classic car enthusiast’s garage.