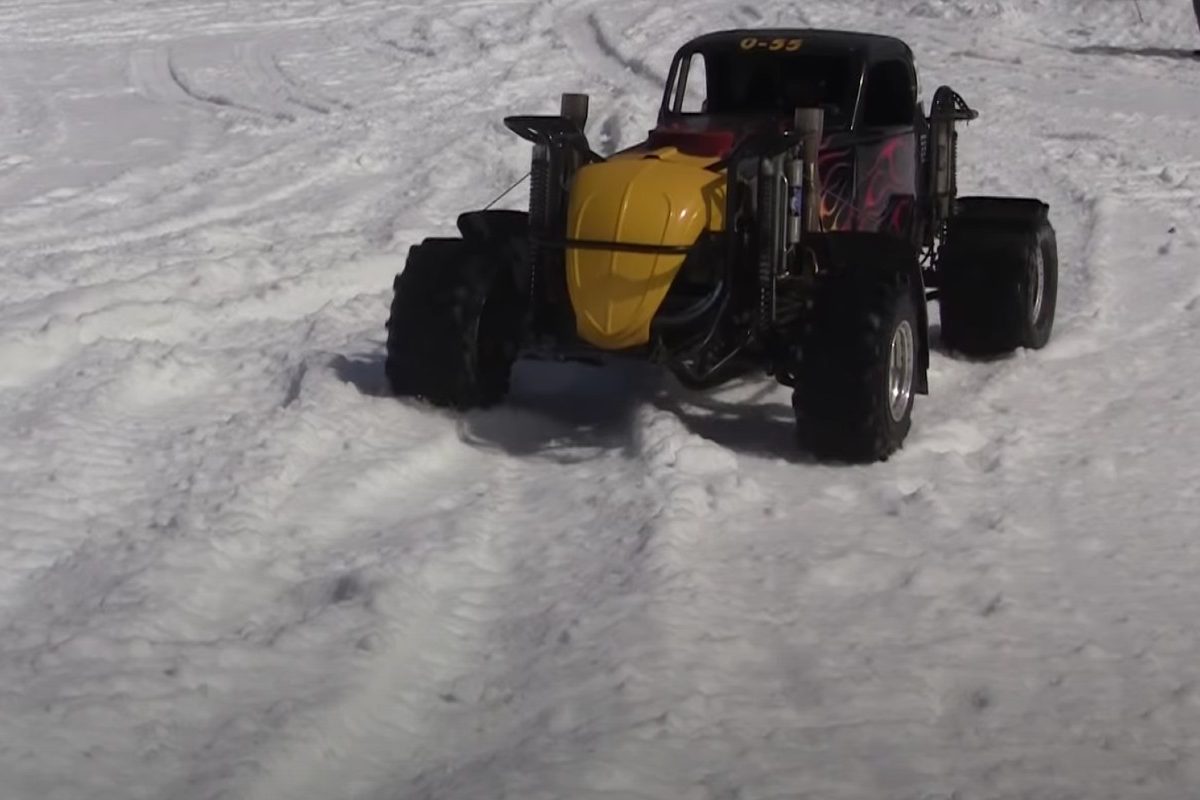 Ford Raptor, eat your heart out.

A couple years back, an engineering wizard by the name of Duane Murphy packed this 1936 Ford pickup truck with 2,000 horsepower and 2,400 lbs-ft of torque, turning this thing from sought-after collector car to hill-climbing street rod!

Murphy and his “Evil Twins” twin-turbo ’36 Ford truck competed in the Schuss Mountain Snow Challenge, a special event in Northern Michigan, with a portion of the proceeds going to the Michigan’s Disabled American Veterans. Murphy equipped the truck with a 620 ci big-block Ford engine with two Garrett 88mm turbos, a 2-speed Powerglide transmission, a Ford 9-inch front and rear end, custom roll cage, and shocks with 14 inches of travel. Of course, it also has some impressive off-road mudding tires and locking differentials.

But, enough about the specs. Check out this thing in action in the video below!

Murphy built the truck primarily in a small shop in his home state of Iowa. Before this event, he barely had any seat time, saying he “had two practice runs at home in a corn field and we loaded up and came to Michigan.” Well, judging from the video, it seems like that was just enough prep time to put on a dominating performance.

Now, when it came out more than 80 years ago, the original 1936 Ford pickup shared most of the body style characteristics of the 1935 redesign, with a curvaceous grille, skirted fenders, and laid-back windshield. Due to the chrome grille, the ’36 truck was categorized as a deluxe version.

Sure, that’s pretty awesome by ’30s standards, but our guy Duane Murphy really brought this thing around to 21st century standards. And, for that, we thank him.

READ MORE: Ford Model A Gets Its 1st Oil Change in 50 Years, and the Oil Pan Sludge Is Ridiculous