This 1969 Plymouth GTX Was Abandoned for Decades, Now a Possible Owner Has Emerged 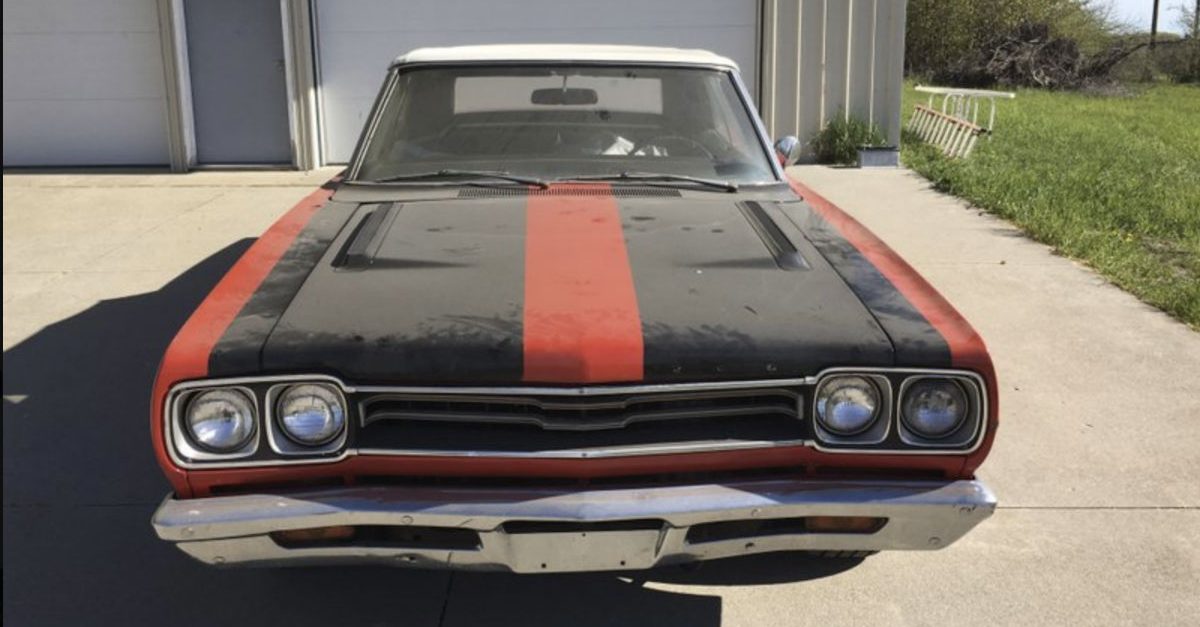 SUTTONS BAY, Mich. (AP) ? A northern Michigan sheriff?s office has halted an auction of a 1969 Plymouth GTX convertible it considered abandoned after a possible owner was discovered.

The Leelanau County Sheriff?s Office announced Monday on Facebook the auction was suspended after the 13th Circuit Court issued a temporary restraining order against it. It says that after the auction began June 5, a possible owner came forward to claim the vehicle.

Read More: Dodge Challenger Hellcat Arrives at Car Auction with a Strange Surprise in the Trunk

MLive.com reports bids for the classic red muscle car with a white roof were approaching $60,000.

Undersheriff Steve Morgan said June 4 the car probably was stored for decades and was abandoned in a storage building that has changed hands a few times, northwest of Traverse City. Morgan says investigators searched the vehicle?s identification number but couldn?t find an owner.