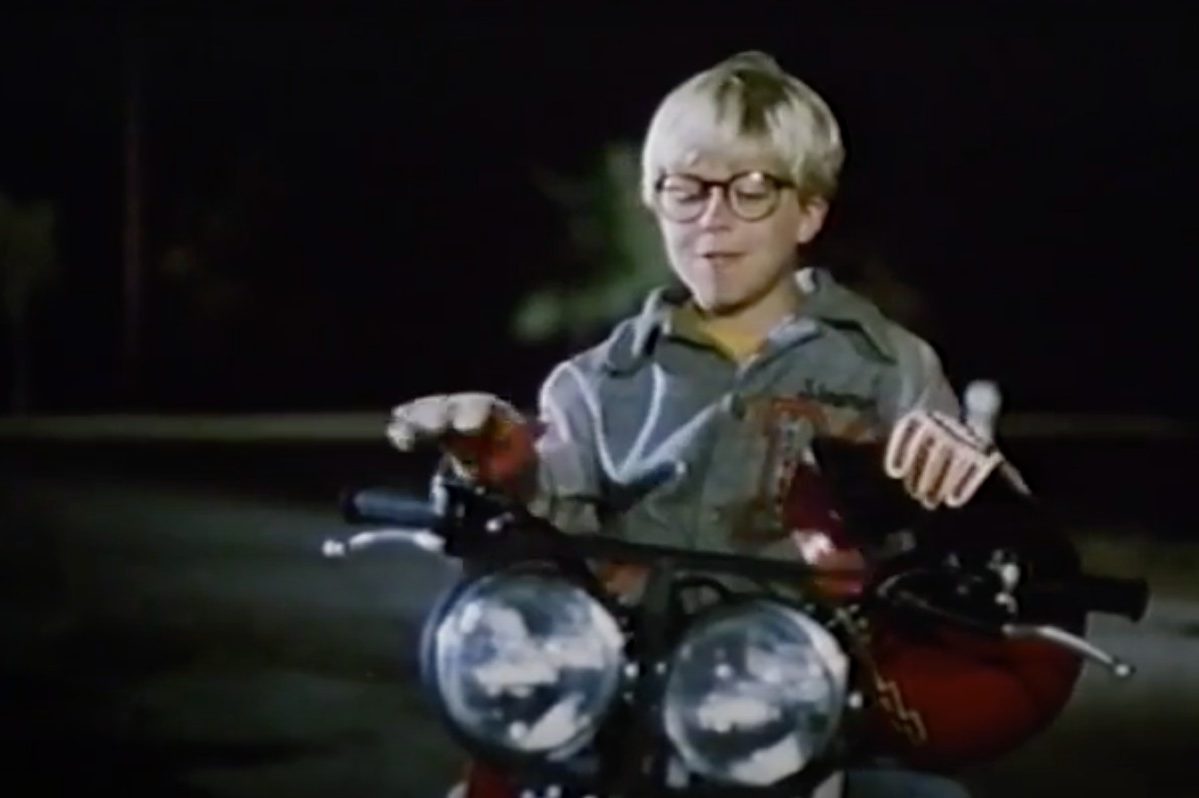 If you’re a fan of the ridiculous films of the ’80s, and you haven’t checked out The Dirt Bike Kid, I’d highly suggest doing so. It may be a pretty quirky film, but it is entertaining nonetheless. There have been numerous movies released over the years showcasing machines that have minds of their own, but none quite like this one. Herbie and KITT may have been self-aware cars, but The Dirt Bike Kid applied that same concept to a Yamaha YZ-80 dirt bike.

If that’s not enough to convince you, I should also add that the main star of the film is 14-year-old Peter Billingsley who plays Jack Simmons. Billingsley became pretty well known after starring on A Christmas Story back in 1983. This role was far different from the Christmas film, but he definitely knocked it out of the park with the help of writers David Brandes, Lewis Colick, director Hoite C. Caston, and producer Julie Corman.

On top of just having Billingsley involved, this 1985 movie also starred Stuart Pankin as Mr. Hodgkins, Anne Bloom as Janet Simmons, Patrick Collins as Mike, and Danny Breen as Flaherty.

Jack Simmons is a young kid who lives with his less-than-fortunate, widowed mother. After she gives Jack their last $50 so he can get groceries, he gets a little distracted on the way there. A Yamaha YZ-80 two stroke dirt bike catches his eye, and he purchases this instead. He finds out soon after that the bike has a mind of its own, but once his understandably frustrated mom finds out what he did, she confiscates and sells the bike to get her money back.

The bike comes back to Jack during the night, so he works out a deal with the new owner to purchase the bike, and agrees to do deliveries for him until it is paid off. Meanwhile, Jack also plays little league for a team sponsored by a local hot dog stand named the Doghouse. When the Doghouse begins to experience financial hardship, banker Mr. Hodgkins devises a plan to demolish the stand in order to build his second bank. Over the course of the movie, we see just how evil Mr. Hodgkins can be, as his motives are highly self-absorbed.

With the help of the dirt bike and his friend Bo, played by Chad Sheets, Jack helps uncover the real reason that Mr. Hodgkins has it out for the Doghouse, and notices that there is some interesting information behind the scenes. Mr. Hodgkins doesn’t make things easy, however, recruiting the help of a biker named Big Slime to put a stop to Jack. There’s some pretty crazy chase scenes in this film, and although Jack hits some setbacks along the way, he still comes out on top in the end.

I won’t ruin the entire movie for you, but it does have a pretty cool ending. In any case, if you’re looking for a fun movie night, the film is available on Amazon Prime Video, Pluto TV, Tubi, or you can even find some Blu-ray disks out there. It’s the kind of plot that leaves you smiling from beginning to end, so go check it out!