Herbie the Love Bug: Remembering the Classic Race Car With a Mind of Its Own 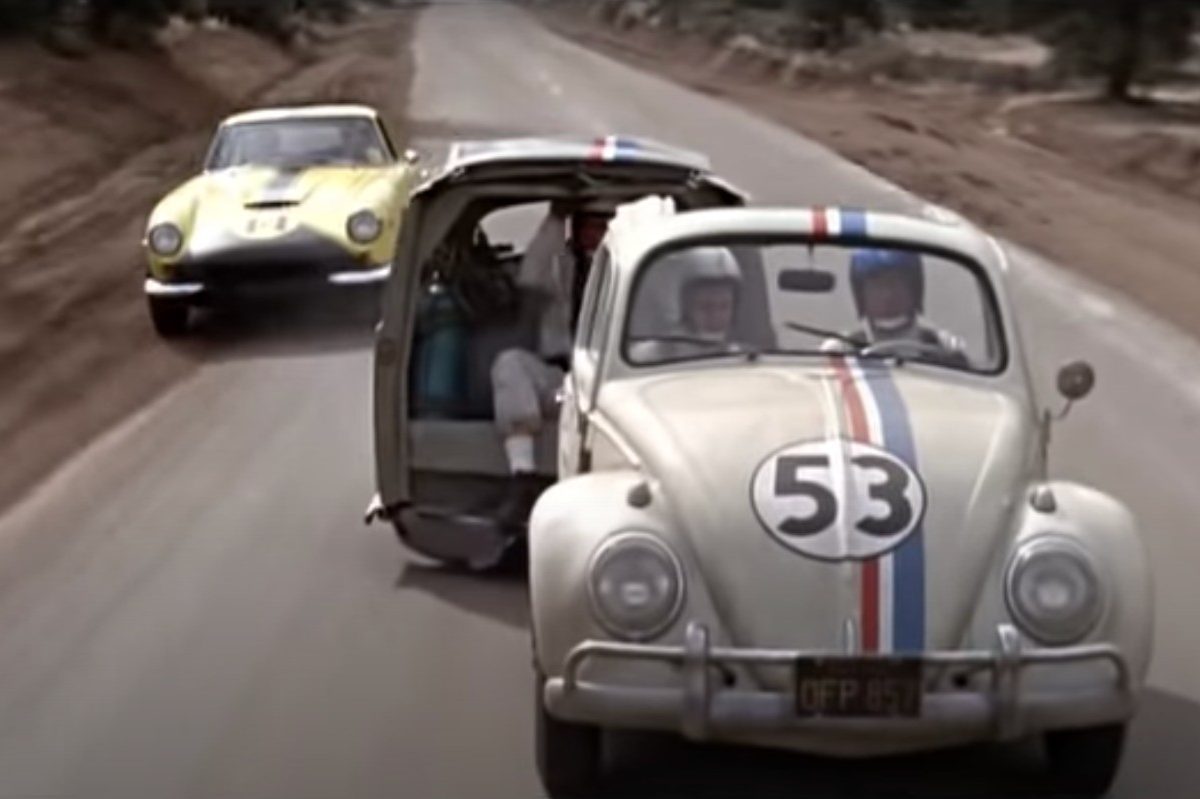 Ever felt like your car had a mind of its own? People love their cars, but imagine a car that fancied you just as much. No, you didn’t just think of the best original movie plot idea ever, it’s been done before. The folks at Disney brought this concept to life in 1968 with their film The Love Bug. The movie was about a racing Volkswagen Beetle that came to life. Think less Frankenstein, more Pinocchio.

The Herbie film focuses on Jim Douglas (Dean Jones) when he becomes the new owner of the Beetle after a strange turn of events involving a nasty car dealer. Jim gets the beat-up vehicle cleaned up and ready to race. Both Herbie (the Beetle) and Jim are in need of a win and begin to grow as characters together.

Soon Jim, his love interest, and his friends discover the car is sentient and has its own personality. Ultimately, Herbie goes from a car ready for the junkyard to a race car that wins a huge race, putting the mean-spirited car dealer at an extreme loss. The film was shot at various different race tracks in sunny California.

Instead of Lindsay’s character choosing Herbie, the pearl white VW Beetle chooses her and makes a name for her as a NASCAR racer. The new NASCAR Herbie sports its classic racing stripes and number 53 (chosen after an LA Dodgers player) decal. Needless to say, the Herbie car has certainly been through a lot over the years!

The Beetle has undergone major changes since the original Herbie movie car, throughout its appearances in TV shows, films, and remakes. From minor automotive details like the color of its sunroof to major components, Herbie has evolved. The car has been through everything. It even found love once with a Lancia. It had an evil twin named Horace. Betcha can’t name another Bettle that can pop a wheelie? Herbie has seen and done it all in the USA and beyond.

It made regular appearances at Disney’s Hollywood Studios. Herbie was in Disneyland’s 50th-anniversary commercial, as well. The racing car that bears the OFP 857 license plate has an entire fan club devoted to it. One thing remains constant throughout the Bettle’s rich history: This VW Bug’s got attitude.