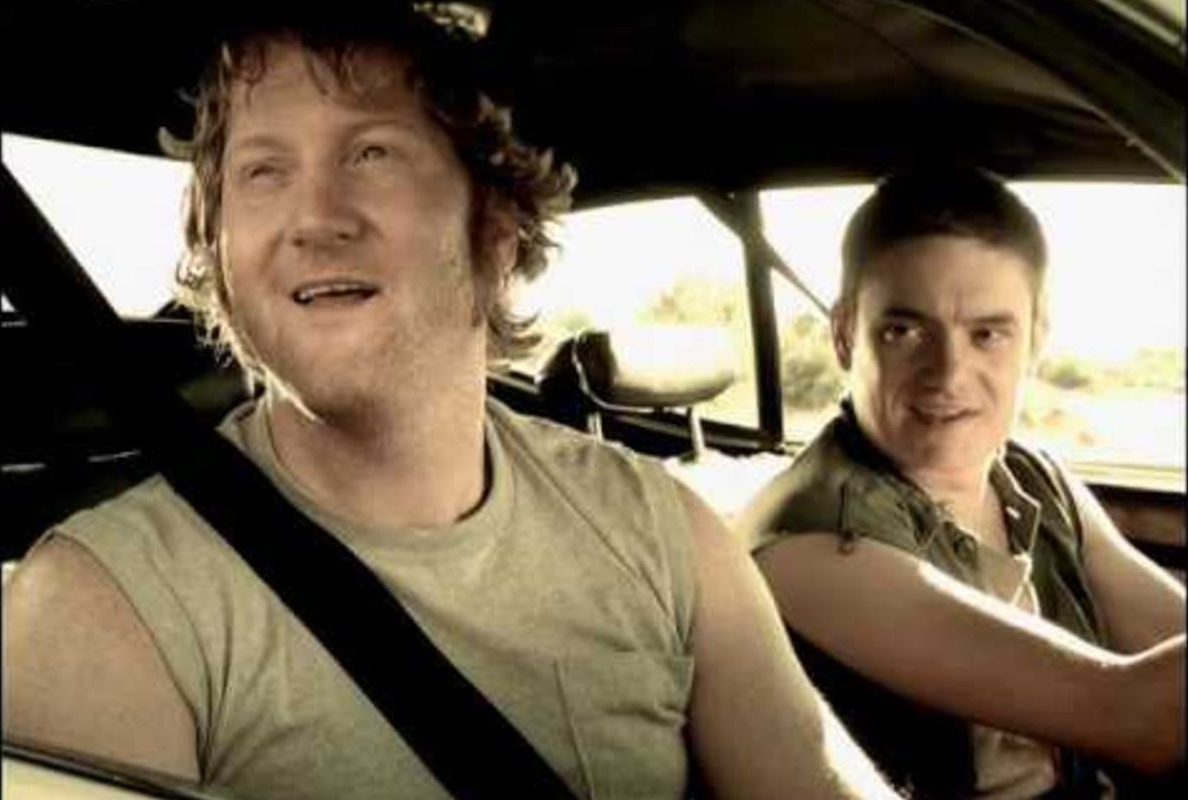 Over the years, car ads have gone through a wide variety of phases. This becomes very apparent when you look back on this old Dodge commercial. You remember the old phrase, “That thing gotta Hemi?” Well, the Hemi engine was first introduced in 1951, but this ad series from the early 2000s was by far most catchy marketing tactic.

The first TV commercial featured below had a Dodge Ram 1500 sitting at a red light while hauling a Dodge Charger. Some rednecks (one played by stand-up comedian Jon Reep) pull up to the light in an old muscle car and ask him if that thing has a Hemi.

Of course, the Hemi guy tells them yes, and they begin to race when the light turns green. Even while pulling the trailer, he still shows off the horsepower, smokes the muscle car, and the two men inside are blown away. Once they stop at the next light, the pickup truck driver clarifies that both the Dodge Charger and his Dodge Ram Heavy Duty are sporting the Hemi engine.

To make things even better, Dodge made a follow-up commercial featuring the same people. This next ad shows the two men from the muscle car now sitting in their very own Dodge Ram Hemi, and the man that was pulling the trailer before asks them if it’s got a Hemi. Again, they take off racing from the light, and the two men win the race. Once they stop at the next light, a whole crowd of beautiful women come out with checkered flags cheering them on.

Unfortunately, it turns out to be just a daydream, and it flashes back to Jon Reep working at a fast food restaurant. When he comes back to reality, he sees the original Dodge Ram driver sitting in the drive through waiting on his food.

These Hemi ads were a big hit when they originally came out. Even today, if you’re around other automotive enthusiasts, you’ll hear at least one of them joking around with the classic phrase. Although these commercials may not have been the best to demonstrate the fuel economy or the safety of the Ram trucks, they were undoubtedly entertaining. It was quite successful as well, and I think it convinced a large number of people to pick the Dodge over Chevrolet or Ford.

Hemi is short for hemispherical combustion chambers, and it’s still being used in vehicles today. There’s no denying that the engine has remained quite popular as the years went on. Dodge definitely hit the nail on the head with this marketing run, so I have to give them credit for that. Looking back on these videos is absolutely hilarious and nostalgic at the same time.