Dale Earnhardt Jr. Got Turned Into a “Simpsons” Character for This Daytona 500 Ad 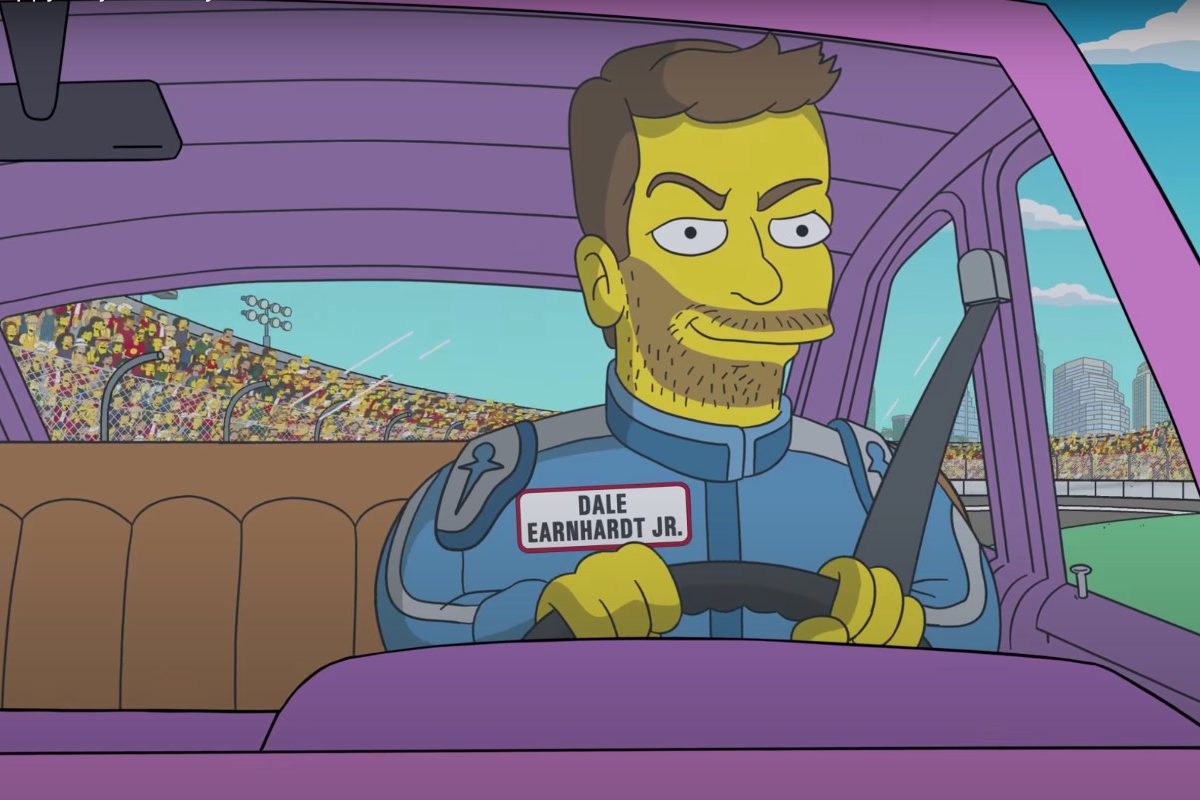 Back in 2017, during a commercial for the Super Bowl, both Dale Earnhardt Jr. and Amy Earnhardt were surprised to see an animated Dale Jr. Simpsons character pop up on the television screen. The ad was promoting that year’s Daytona 500, and it featured Homer, Maggie, and a ton of other characters from the show.

For just a 20-second advertisement, they definitely packed it with interesting content. During the commercial, you can see Homer taking a quick pit stop and filling up on food, as well as Dale Jr. driving around the track with Homer in the passenger seat, while he holds a “Happy Daytona Day!” sign out of the sunroof. Before they cross the finish line, Maggie comes out of nowhere on her tricycle to win the race. The “Simpsonized” Dale Jr. character even lets out his own “D’oh” catchphrase.

Perhaps one of the greatest things about this advertisement was the fact that it caught Junior and Amy off guard. At the time, they were on their honeymoon, so Junior’s brand director may have held off of telling them about this.

Hilariously, Amy took to Twitter once they finally saw the commercial, claiming “neither one of us were expecting that.”

Neither one of us were expecting that! 😂

Y'all were honeymooning. Sorry. 😂 https://t.co/by7yhatgOM

Dale Jr. is a two-time Daytona 500 winner, a 15-time Most Popular Driver winner, and a soon-to-be NASCAR Hall of Famer. But, while he has had plenty of cool achievements to brag about over the years, you have to believe that getting recreated as a Simpsons character is an all-time moment for Junior.

This was certainly a cool way for FOX to spread the word about the big race at Daytona, and, of course, playing it during the Super Bowl guarantees a large audience to see it. Now, we just need a full “Simpsonized” version of next year’s Daytona 500. How cool would that be?!