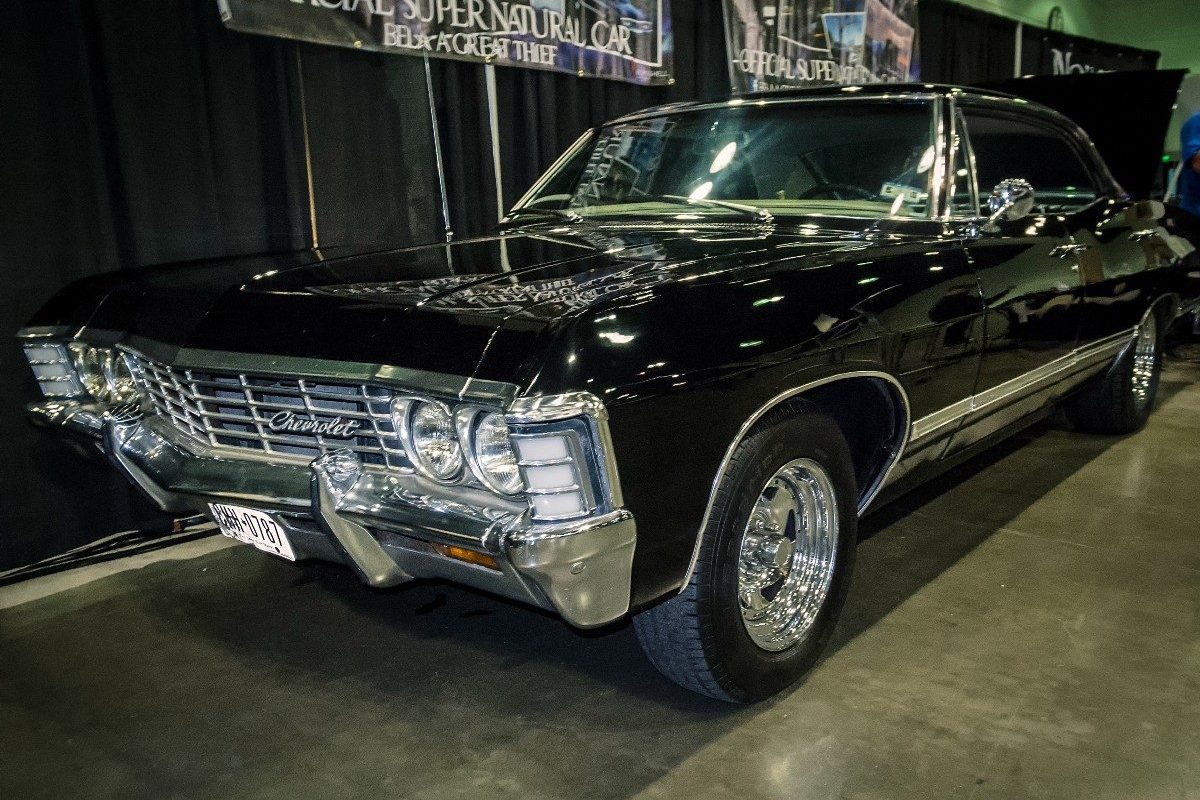 Some people watch the hit TV series Supernatural to watch the Winchester brothers, Sam and Dean, deal with monsters, demons, and other supernatural critters that threaten the daily lives of average, innocent Americans. It’s just the family business, and someone’s gotta do it.

And then there are some people whose favorite character on the TV show isn’t Sam or Dean, but rather Dean Winchester’s car, a 1967 Chevy Impala that has been nicknamed “Metallicar” by Supernatural fans. Now, Dean drove plenty of cars on the show, from a Toyota Prius to a Dodge Challenger to a 1962 Mercury Monterey. But, the Impala always stole the show.

Granted, an American muscle car like a big, black Impala is going to turn some heads on the road, but there are actually some pretty cool features of the Supernatural car that earned its widespread fandom.

Onscreen, Dean Winchester, played by Jensen Ackles, has always driven a big black Chevy Impala, but when series creator Eric Kripke was writing the first season, he had the boys cruising around in a 1965 Ford Mustang.

Now, a ’65 Mustang is definitely a very cool classic car, but there’s one small problem. Kripke’s neighbor pointed out that you can’t stash a body in the trunk of the Mustang, but a ’67 Impala has plenty of room for that type of thing. The goal was for the Winchester brothers to roll around in a vehicle that was a little intimidating and kinda sexy.

The Supernatural Impala Is Its Own Character

Remember Knight Rider? Eric Kripke sure does. In the show, David Hasselhoff’s character drove a 1982 Pontiac Firebird Trans Am conversion known as KITT, who was as much of a main character as The Hoff himself.

When the show was originally pitched to The CW network, the idea of a car as a character stuck. In fact, one episode, titled “Baby,” is shot entirely from the black Impala’s perspective.

Not many people can say they grew up with a classic 1967 hardtop Impala, complete with a 502 cubic-inch big-block 550-horsepower engine, but these brothers can.

The Supernatural Impala was passed down to Dean by his father, John Winchester. Over the course of the show, fans discover all sorts of facts about Baby, a.k.a. Metallicar. For example, there are Legos in the radiator, and a little green army man stuck in the rear ashtray, courtesy of a young Sam Winchester. All of these are pretty much par for the course when toting kids around, regardless of how classic your car is.

Some fans noticed that the license plate of the black Impala changed. In the first season, it was a Kansas plate that read KAZ 2Y5. The KAZ is a tribute to Kansas, where the brothers are from, and the 2Y5 stands for 2005, the year the show premiered.

In Season 2, Episode 20, the license plate switched to an Ohio plate that read CNK 80Q3.

Are these two different cars? No. In fact, the Winchesters appear to have done a little plate switcheroo to get the FBI off their tail.

That being said, there are at least nine Chevy Impalas involved in the filming of the show. Due to showbiz stuff like cameras and lighting, there are versions of Baby without doors or with removable windows. Some have been wrecked to various degrees, according to the plot line of each particular episode.

It’s probably a good thing that the crew stocked up on Impalas, because the Impala from Supernatural has driven up the popularity of this specific model. If you’ve wondered why ’67 Impalas are suddenly a red-hot restomod, you know where to look. There’s this certain TV series with Jensen Ackles and Jared Padalecki, you see, and the car is kind of a hero…

READ MORE: Why Did the Chevy Impala Get Discontinued?