Beautiful ’59 Chevy Pickup Will Have You Seeing Green 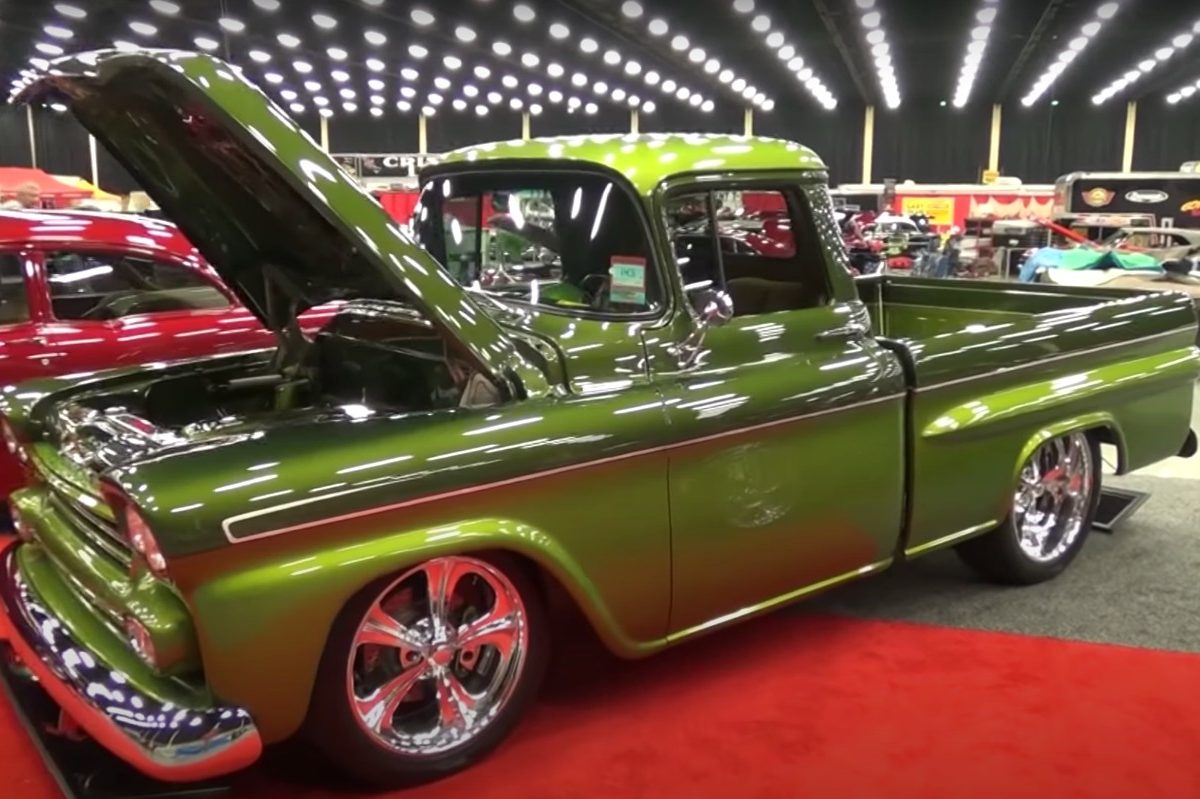 If you’re a fan of classic cars and trucks, the Pigeon Forge Rod Run is one event to put on the ol’ bucket list. Held in Pigeon Forge, Tennessee (which you may also know as the home of Dolly Parton’s Dollywood), the car show features everything from classic Dodge trucks to Ford hot rods stuffed with beastly V8 engines. It’s also a favorite yearly stop for one of our favorite custom car and truck gurus: Scottie D. And, back in 2015, he stumbled upon an absolute stunner in the form of this 1959 Chevy pickup truck.

The two-tone green and silver exterior and sparkling interior are both custom, but the wood bed is completely original. When they pop the hood, you know that this Chevy truck is treated like someone’s princess. If you’re a fan of classics (and who doesn’t love a classic Chevrolet truck?), you don’t want to miss this old beauty!

Read More: Why the Chevy Impala Is Getting Discontinued

Chevy produced two full size pickup trucks from 1947 to 1959: the Advance Design and the Task Force. Here, we’ll take a brief look at both.

It’s fitting that Chevy called this the Advance Design (the GMC counterpart was called the New Design), since it was the company’s first major redesign after World War II. The basic design was used for all Chevy trucks during this time, panel trucks, canopy express, Suburban, and cab overs. While they used a shorter and taller hood and different fenders, the cab overs had the same basic cab configuration and similar grille.

Also called the Cameo Carrier, the Chevy Task Force series introduced the second series or stepside series. The 1955 second series came with standard options and add-ons such as 12-volt electrical systems and the first V8 (265 cubic inches). In 1958 (when the light-duty model was known as the Chevy Apache truck), the Chevrolet Apache Fleetside pickup beds were introduced.