This Massive Engine From 1936 Is a Smoke-Spewing Monster 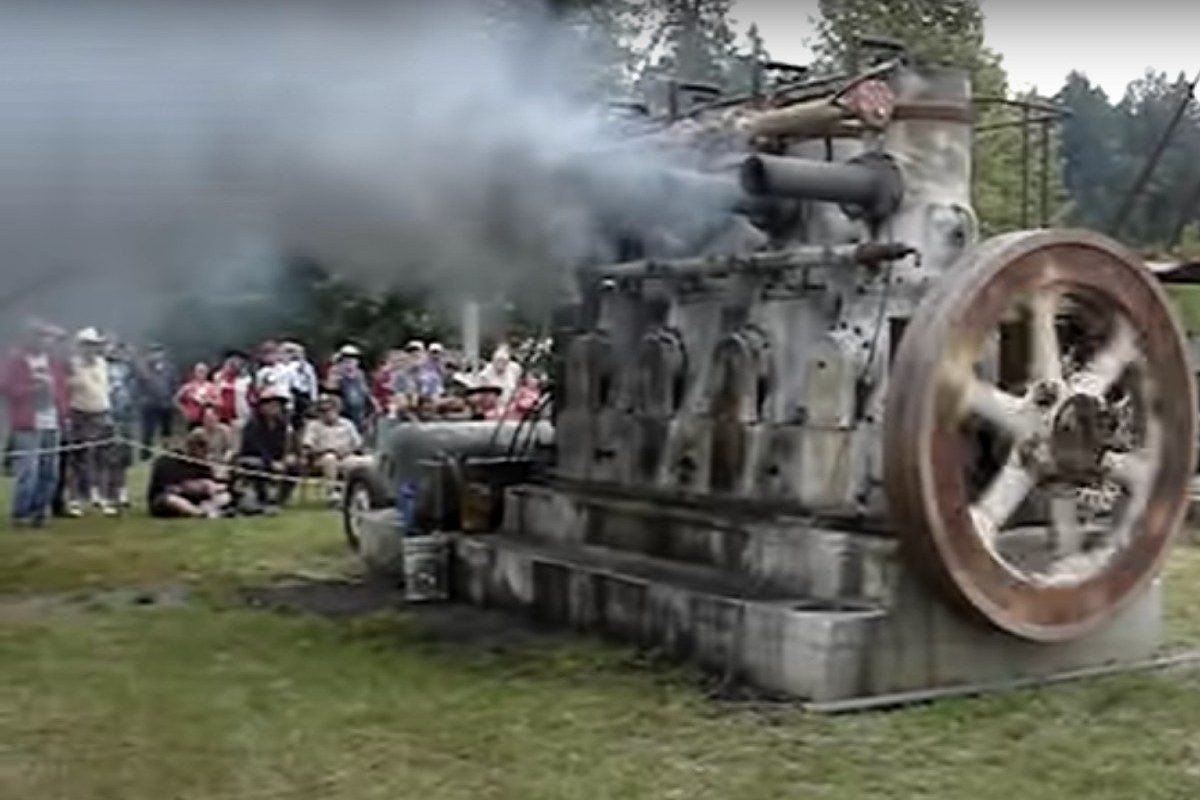 Once upon a time, giant Fairbanks Morse engines were used in power stations, mills, irrigation and pumping stations, and manufacturing and rock crushing plants all over the country. These days, the company makes diesel engines for the marine and locomotive industries. However, you can still find these old 32s in various abandoned mills, and those with the know-how like to preserve them and show them off during various demonstrations.

For one of these demonstrations in Pottsville, Oregon back in 2011, a 1936 Fairbanks Morse Model 32D started up and freakin’ shook the ground. Owned by the Pottsville Historical Museum near Grant?s Pass, Oregon, this particular engine weighs around 60,000 pounds, with the flywheel alone weighing about 12,000 pounds. Yeah, it’s a big ‘un. Just watch that thing spew out smoke!

If you’re interested in learning more about the massive engines like the one you just saw, here’s a little more info.

The 1936 Fairbanks Morse Model 32D Stationary Engine is a classic piece of machinery that had 6 cylinders! Built by the Fairbanks Morse & Company, which originated in 1832, when Thaddeus Fairbanks first patented the platform scale.

The Fairbanks Morse Model 32D Stationary Engines were built for service in power stations, pumping stations and manufacturing plants, among other uses. They were very reliable and required very little maintenance due to their all cast iron construction.

The engines were air started by using a 250 psi (17.2) bar. The operators would insert the bar into the holes in the fly wheel and give it a crank to ramp up the pressure in the cylinders.

Can you imagine a time when we still used ridiculously bulky, smoke-spewing machines like this? Wild!