Like Optimus Prime on steroids, this big rig is completely insane! I've seen some pretty massive semi trucks before, but this thing is on another level. It's a straight-up supertruck. And, that's all thanks to the beastly V24 engine that it's packing.

With 36 butterflies, 24 cylinders and 12 superchargers, the V24-71 Detroit Diesel engine, also known as "Big Mike," is the definition of overkill. Mike Harrah of Caribou Industries Inc. was on a mission to make an engine that was as big and as loud as possible, and we'd say that he definitely delivered. Well done, sir. Bravo! Bravo!

Being the genius gearhead that he is, Harrah mated the engine to an Allison transmission inside a custom 359 Peterbilt truck (named Thor) with a giant 40-foot long custom chassis. When he was all finished, this Peterbilt looked like a souped-up monstrosity straight out of a Mad Max movie. I mean, this thing could eat up an entire highway and still be hungry for more.

Read More: The Man Who Brought One of the World's Biggest Car Brands to North America Has Sadly Passed Away

To create "Big Mike," Harrah matted two V12 Detroit Diesel engines together with splined cranks. The beastly engine is capable of putting out around 3,424 horsepower and an estimated 5,000 lb-ft of torque.

To put that into perspective, that's eight times as much power as your typical semi truck makes. In other words, a metric butt-ton of power.

Truck drivers and engine fanatics everywhere have to be foaming at the mouth after seeing this absolute beast. This is just pure, unadulterated American badassery. Again, we salute Mike Harrah for bringing the world this specimen. What a legend! 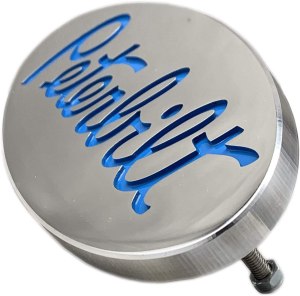