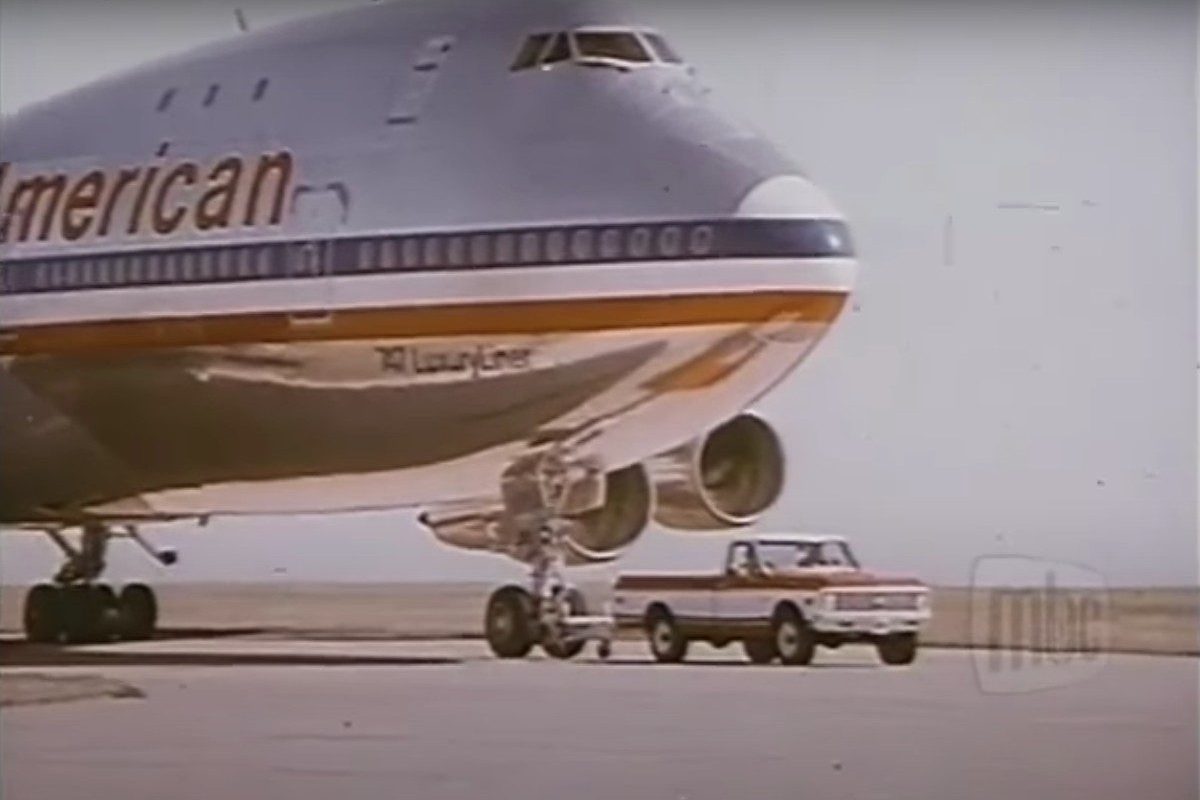 You know, I’d be lying if I said that this wasn’t an impressive stunt. I have to give Chevrolet some credit for coming up with a commercial so ridiculous, yet so effective at proving the capability of their truck. Advertisements just aren’t made like they used to be.

This was back in the day when truck manufacturers actually had something to prove. It was an epic battle between the Big Three to carve out a solid customer base, and they went to extreme lengths to do that. This old Chevy commercial is a perfect example of that. Here, we see Chevy’s ’72 model truck pulling a Boeing 747 commercial airplane. Now, that’s pretty epic!

Keep in mind, this airplane has quite a bit of mass to it: 735,000 pounds, to be exact. This is certainly no easy task, but this Chevy is up for the challenge. It pulls the plane along with ease, and I would imagine this convinced a large number of consumers that this was the right truck for them. Granted, let’s take into consideration that no one would ever actually do this in their personal truck. But, it’s good to know that it could if you wanted to.

Hell, who needs a pushback vehicle at the airport when you have a pickup that can do the job just fine? As a matter of fact, why don’t we just replace all airport vehicles with ’72 Chevys? What’s the worst that could happen?

I’d actually like to replace that old Chevy with a brand new one, just to see how it stacks up against the former version of itself. Surely it could pull the plane, but it’d be interesting to see if it could get up to speed a little quicker, or if it would somehow break.

We’ll probably never know that answer, because the likelihood that Chevrolet re-creates this in a newer ad is pretty slim. If I was around back in the ’70s, I definitely would’ve been tempted to go get one of these trucks.