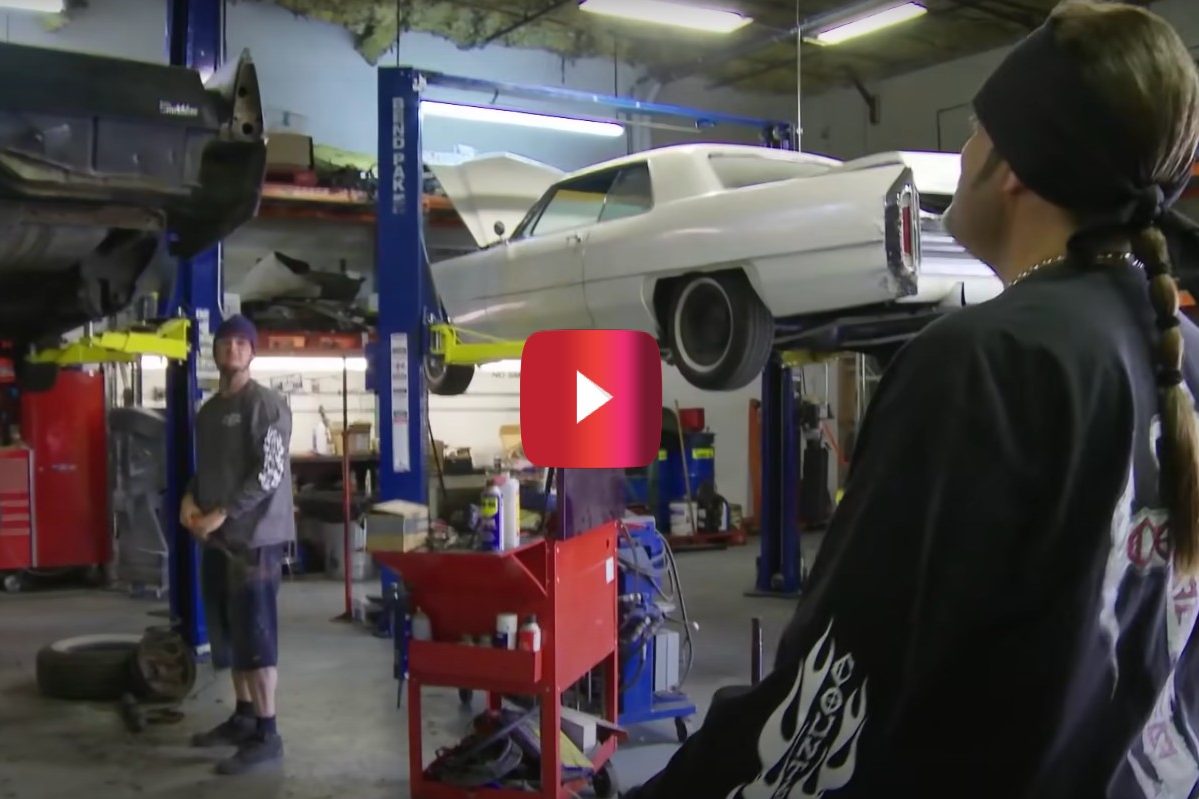 It’s no secret that the crew at Count’s Kustoms knows how to create some badass rides, and this Cadillac is no exception.

What made this Counting Cars episode so entertaining was the fact that lead painter Ryan Evans faced the classic issue that most car hobbyists face after picking up a new project. While he initially planned to just make it mechanically sound and use it as a daily driver, his ideas quickly changed as he dug further into the vehicle.

Rather than just do the basics, Danny Koker manages to antagonize him enough to plant the seed in his head to do a full-on custom restoration on the car. He was skeptical at first, but he needed to do metal work anyway, just to fix some rust spots around the Caddy, and I’d imagine it was right around this point that he committed to going all the way with it.

I’m glad he did, though, because the results were absolutely mind-blowing, and it seems as if it was well worth the extra effort and expense.

What was originally planned to be a simple build turned into something amazing. As it rolls out of the shop, you get a clear view of all the work that he ended up putting into this thing.

The first thing you’ll notice is that gorgeous gold color mixed with some flake and off-white striping to give it some character. Ryan rebuilt the old 472 engine and gave suspension components a much-needed upgrade to an air ride system. To top it all off, he fits a one-of-a-kind grille and some nice wheels and tires, as well as a long side pipe exhaust system.

There’s no denying that this was a well-done build. Imagine being able to daily drive this show-car-quality ride! I don’t think that anyone would complain about that. Yes, Ryan Evans may have gone a bit crazy with the upgrades and strayed away from his original plan, but if you’ve ever had a project car, you’ll be able to relate to his dilemma quite well. Overall, the right choice was definitely made.

READ MORE: Danny Koker and His Crew Turned This ?67 Chevy Impala Into a Beautiful Custom Ride