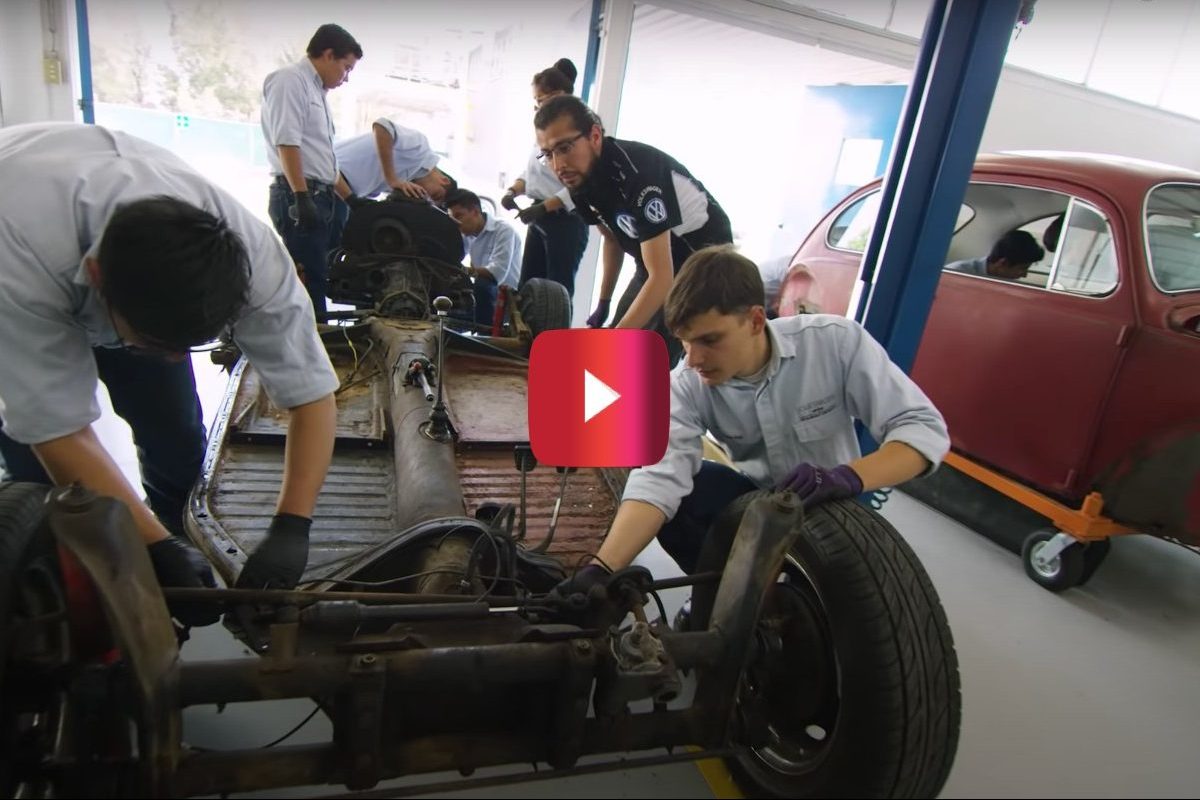 The Volkswagen Beetle has earned its place amongst classic cars because of its rich history. The VW Bug, named “The People’s Car,” was designed by Ferdinand Porsche in the 1930s. Its unique design inspired plenty of other vehicles, including the 1955 Karmann Ghia. Production temporarily ceased in Germany in the 1970s, making the 1967 Volkswagen Beetle even rarer.

Small, practical, and convenient, these things were all over California after the Herbie movie came out in the late 1960s. Volkswagen owners have a special relationship with their cars. When properly maintained, VW Beetles can last for hundreds of thousands of miles. One owner kept her ’67 Beetle for over 350,000 miles, so Volkswagen decided to treat her by bringing her beloved retro bug back to good condition.

Read More: Herbie the Love Bug: Remembering the Classic Race Car With a Mind of Its Own

The ’67 model year Beetle sedan came with a sweet sunroof. That year also marked the introduction of the 12-volt electrical system, the 1500cc engine, and such safety improvements as two-speed windscreen wipers, reversing lights, and a driver’s side mirror. ’67 was also the last year the Beetle had an all-metal dashboard and rounded fenders with uniquely shaped overriders. The particular body style became iconic over the years.

This Bug only had 53 horsepower, built for slow cruising. It was no Baja Bug, but drivers still regard this model as the one year that got everything right. It used a dual-braking system, incorporating both disc brakes and drum brakes. The Bug was available in a 4-speed manual transmission and had a 4-cylinder engine. It featured the cabriolet sunroof for cruising with the top down, so drivers could experience the sunshine whether they were in brisk New York or sweltering Arizona.

The restoration of Kathleen’s VW Beetle transformed it to Wolfsburg showroom quality with plenty of upgrades. The new interior and upholstery gave the Bug new life. Kathleen’s not-so-new Beetle looked amazing after the folks at Volkswagen lent a hand. This thing has got way more to it than just sentimental value. Gateway Classic Cars currently prices the same model at $19,500! You probably won’t get much of a better deal from private sellers either, considering this Bug is a classic in the eyes of many.

You can decide for yourself whether the ’67 Bug is a classic or not, but this car’s got a cult following. The German vehicle has made a lasting impact on American car culture. Even if the bug isn’t exactly your cup of tea (or glass of whiskey), you’ve got to admit, at one point you probably wanted a “Herbie” of your own.