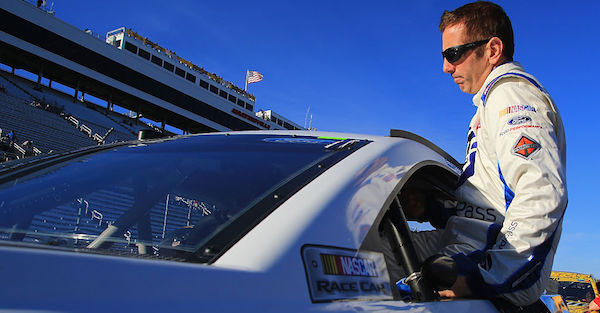 Former NASCAR driver Greg Biffle is being sued by his ex-wife, Nicole Lunders Biffle, and her mother for allegedly placing hidden cameras in their house’s master bedroom, bathroom, and guest bathroom.

A copy of the lawsuit was obtained by Jalopnik, and it includes claims by Nicole Biffle and her mother that a member of Roush Fenway Racing, Ricky Matthew Reavis, installed the cameras, and helped Biffle activate them.

The lawsuit alleges that Biffle and Reavis connected the cameras to a DVR recording system located in his gun safe, and they both had access to them on their smartphones at anytime. The phone used by Reavis allegedly was owned by Roush Fenway Racing, meaning the team had access to the footage anytime they wanted.

Nicole Biffle and her mother claim that Greg Biffle showed the footage to others, but he claimed under oath that the cameras were installed to monitor a cleaning service he believed was stealing from him, according to WSOC TV.

The lawsuit also revealed that Reavis admitted to uploading images and data from the hidden cameras to an internal server owned by Roush Fenway Racing in case something ever happened to the files, and the lawsuit alleges that Roush Fenway still has possession of the footage.

No reason was given as to why Greg Biffle opted to hide the cameras and keep everything from his wife, and the lawsuit alleges that Biffle gave many inconsistent reasons as to why they were installed in the first place despite his claims about the cleaning service stealing from him.

Greg and Nicole Biffle divorced in 2015. Biffle parted ways with Roush Fenway Racing after the 2016 season and is now an analyst for NBC Sports.

The entire situation is strange, and there are likely many layers to the story that have yet to unfold. The implications surrounding Roush Fenway Racing could be damaging for that team if they are found to be true, but this case likely has a long way to go before there is resolution.