Everyone’s favorite idiots are coming back to TV 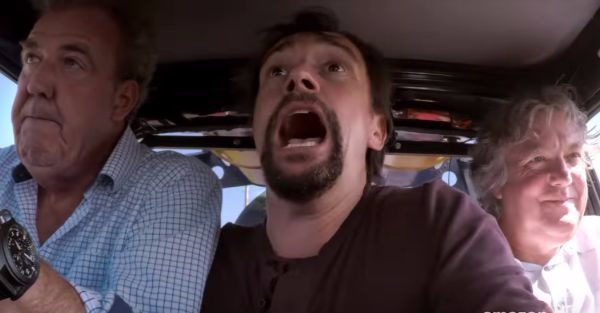 Driving down an icy ski slope in a Jaguar? Taking Supercars to exotic locations? Saying sorry as you bump your friend off his motorcycle? Yep. That’s The Grand Tour we know and love.

After scary crashes and serious illnesses required a slightly different approach for the second season of not-Top Gear, we were worried that Clarkson, Hammond and May wouldn’t be up to as many shenanigans as usual.

Related: Richard Hammond has checked and he is not dead

This trailer has put us at ease though. Premiering on Amazon Prime December 8th, the show looks just as good as ever, hopefully with a little less boring studio time and annoying American stereotypes this time.

Given the scary news regarding Clarkson’s health earlier in the year, we are as happy as he is to see him back on screen. Although, “Live and Let Die” was a strange choice of music.