Can these NASCAR drivers inject some cool into an everyday ride? 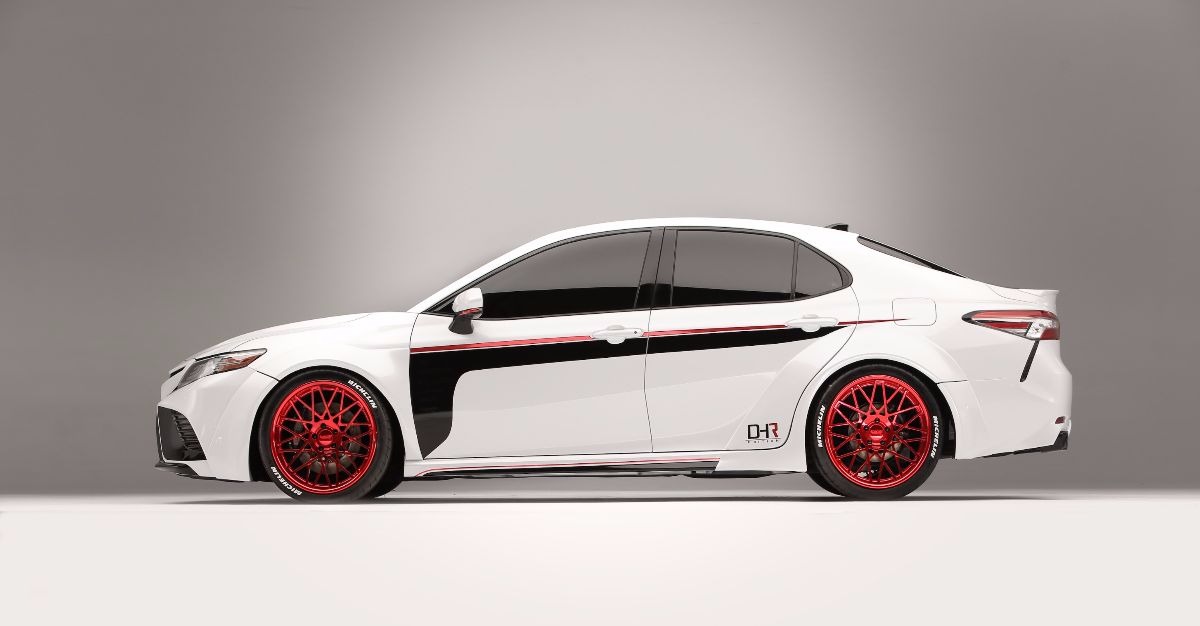 When the President of Toyota Motor Corporation, Akio Toyoda, said, ?No more boring cars,? he apparently meant it. Because Toyota showed up to SEMA with a handful of decidedly not-boring cars. And Toyota is going about it the right way, too. When you are a company known for building reliable and efficient, but boring cars, you need to bring in some help to turn around the image.

Luckily for Toyota, they had such people already on the payroll. Toyota NASCAR drivers Martin Truex Jr., Kyle Busch, Denny Hamlin and Daniel Suarez were all tasked with creating their own take on the previously boring Camry. They came up with some pretty wild stuff.

All images from Toyota:

NASCAR Analyst Rutledge Wood also injected some of his unique style into a Camry, creating this:

You can clearly see the NASCAR influence in the designs, and we personally think Denny Hamlin’s wheel choice was particularly inspired. If these Camrys could also get some additional NASCAR-inspired power, we would absolutely take one.

Related: It took an American designer to help pull a Japanese automaker out of its slump