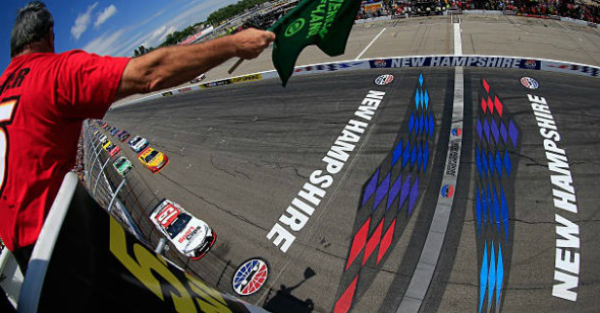 There’s one thing that always makes the Super Bowl more fun — placing a friendly wager on the game!

Losing the best resulted in a Patriots flag being flown outside of AMS offices among other things involved in the wager, according to nesn.com.

Apparently McGrath and the folks at NHMS are looking to place bets with the CEOs of Philly-area tracks Pocono Raceway and Dover International Speedway for Super Bowl LII.

The details of what’s at stake are available below courtesy of NESN:

If Patriots win: Dover buys a blue crab lunch for NHMS and gives one NHMS fan tickets and an RV spot for a race at the Monster Mile. Pocono also provides ticket/RV package, plus posts photo/video of Tricky, the track mascot, wearing a Pats jersey while congratulating the Patriots.

If Eagles win: NHMS buys lobster roll lunch for Dover and gives tickets/RV package for a race at the Magic Mile. The Loudon, N.H., track also provides tickets and RV spot for a Pocono fan, and posts evidence of Milo congratulating the Eagles while wearing a Philly jersey.

McGrath seems pretty confident and who could blame him after last year’s monumental comeback?

“28-3. I?m not sure I can say much more than that,” McGrath said in a statement. “Last year proved just how difficult it is to beat Tom Brady and Bill Belichick.”

Pocono CEO Nick Igdalsky and Dover president and CEO Mike Tatoian are condfident the Eagles will win their first Super Bowl title in the history of the franchise.

“I have been a Philadelphia Eagles fan my entire life,” Igdalsky said. “This is the year, and they will soar higher than they have ever soared before on Sunday.”

“Philadelphia has waited a long time to notch its first Super Bowl win and it will be that much sweeter when we beat the Patriots,” Tatoian said.

Regardless of who emerges victorious at the big game in Minneapolis on Sunday, someone will be having a good laugh at someone else’s expense.