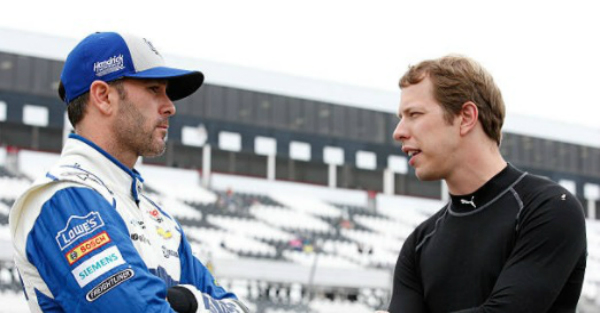 There’s less than week remaining before Super Bowl LII kicks of in Minneapolis and although it’s football the NASCAR world is getting excited for the big game.

Unfortunately the New England Patriots will be playing in the battle of the NFL’s top two team — again — but the Philadelphia Eagles will be their opponent, playing for a title for the third time in the team’s 84-year history and the first time since the 2004 season.

RELATED: Tom Brady won’t give away his MVP truck again

Throughout the season various drivers such as Brad Keselowski, Martin Truex Jr., Kevin Harvick, and Jimmie Johnson were asked to make Super Bowl picks early in the season. Only one driver correctly picked a team in the big game, but it’s most likely only because it’s his favorite team.

In the first week of the NFL season, Truex  said the Philadelphia Eagles were going to the Super Bowl. He didn’t know who else was going but he was that confident in his Eagles squad, Sure enough, even with Nick Foles playing QB, they’re playing for a championship.

Keselowski on the other-hand simply said New England wasn’t going to make it, but ended up eating his words as Bill Belichick and the boys found a way as they always seem to do. When asked about his early bold prediction Kes simply said, “Yeah, wow I sucked.”

Harvick was a little biased in his pick, as he is a suite owner for the hometown Carolina Panthers. And while they made it to the playoffs, they took an early exit in the wildcard round after falling to their divisional rival the New Orleans Saints.

Johnson said he doesn’t have a team in the game but, “The Patriots are going to win, that’s just what they do.”

This coming Sunday we’ll get to see who will indeed be crowned the champions of the NFL.