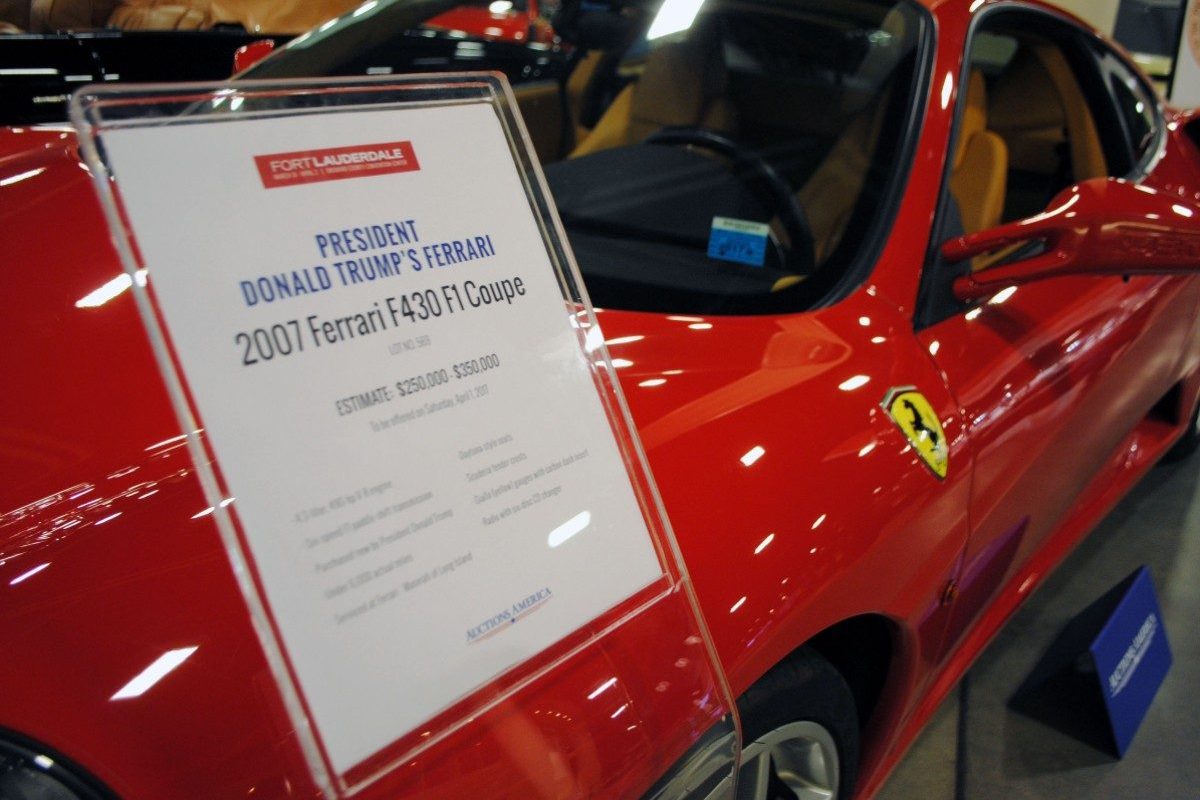 Say what you want about former US President Donald Trump, but the guy knows how to pick his toys. Trump has been both wealthy and in the American public eye for some time. He was very much a full-blown celebrity before ever stepping into the political arena. So, like many wealthy celebrities, it’s no surprise that Donald’s got his own impressive car collection.

Coming from a background of affluence, Donald’s first cars and our first cars are very different. Even in his later years, it seems that Trump is somewhat of an automotive enthusiast. One of the best cars that Trump owned was the Ferrari F430.

Sure, most of Trump’s other cars aren’t equipped to withstand chemical attacks or pump-action shotguns — like the Cadillac limousine he rode in when he was president, the military-grade fortress on wheels nicknamed “The Beast.” But, it is clear that the former president is a car guy. Who needs a motorcade or secret service when you’ve got a supercharged V8 to zoom out of sticky situations? But, of course, whether Trump actually drives his own cars or not is a different story.

One of the best vehicles that Trump ever owned was his 2007 Ferrari F430. The supercar’s 4.3-liter V8 engine makes 483 horsepower. It can go almost 200 MPH at top speed. Trump only owned this beast for four years until he had it sold in 2011. Originally listed at $197,698, the Ferrari F430 has enjoyed a phenomenon called the “Trump bump.” Every car the guy has once owned or driven has gone up in value at auctions.

Donald Trump’s Ferrari F430 was sold for $240,000 in March 2017 at an auction house in Fort Lauderdale, Florida, though a private bidder allegedly purchased it for $270,000. The car was last listed as part of Mecum Auctions’ 2021 Kissimmee auction, which lasted from Jan. 7-16, 2021. The car was estimated to go for anywhere between $400,000 to $500,000, though it’s unclear how much it actually sold for. The listing from Mecum also said that the Ferrari also comes with Trump’s signatures along with a copy of the original title that bears the address of Trump Tower in New York City.

Just how much are people willing to pay for a Ferrari that Donald Trump once owned? The answer has nothing to do with the vehicle’s condition. It’s all about how bad its next owner wants to feel like Trump.