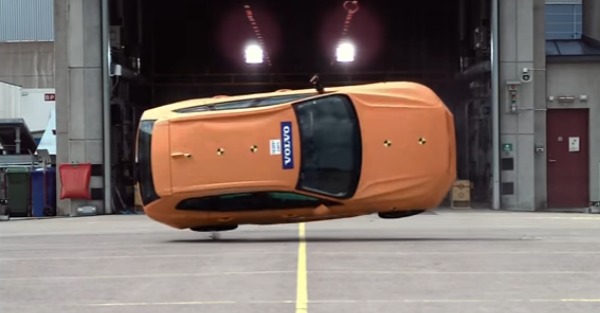 Volvo is really banging up its cars ? and for a good reason.

The Swedish automaker has a rather ambitious goal ? make its cars death proof by 2020.

Volvo is promising "death-proof" cars by 2020. And this is the technology they'll use: https://t.co/qa0drwbn3Dhttps://t.co/V1KEPtxsPv

According to CNN Money, Volvo ? as well as other automakers ? are planning on using a number of new technologies to try to meet their goal, including adaptive cruise control, in which a car maintains a safe distance on its own; automatic lane keep assist, which makes sure a car stays in its lane; collision avoidance, which wants drivers of obstacles that could cause a crash; and pedestrian and large animal protection.

Additionally, Volvo is putting its cars through some strenuous crash testing, like the side rollover test  ?

? and the full frontal crash test

It?s a lofty goal, but one we should all hope for.