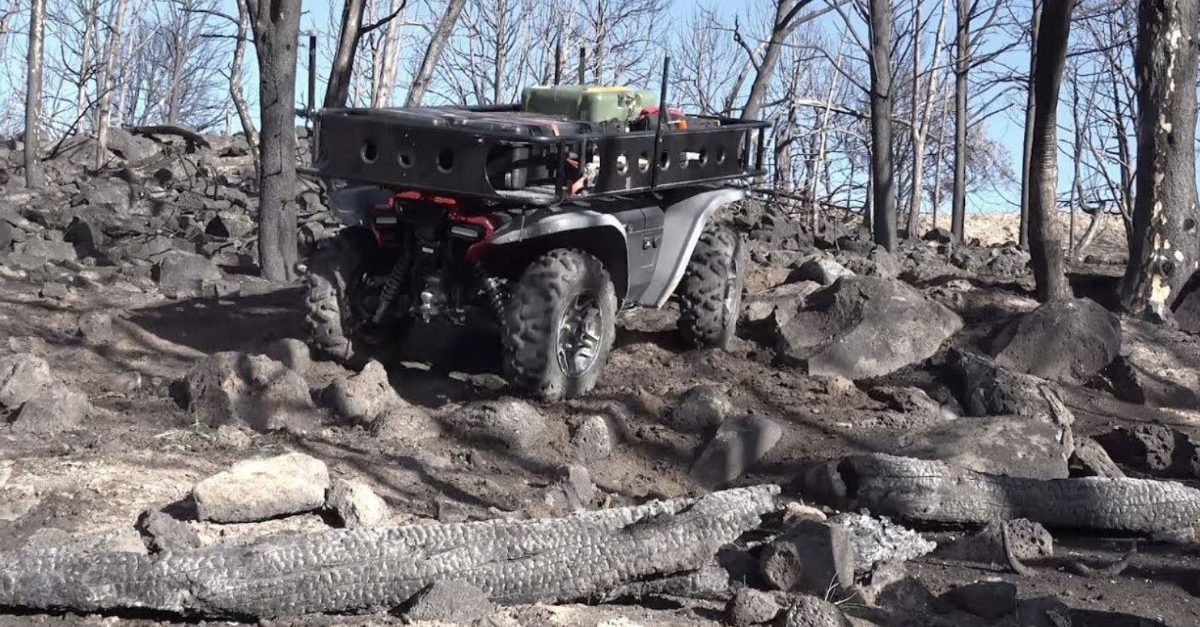 In the video below, watch this four-wheel drive Honda automobile system get applied in a wildfire setting, where it is used to carry heavy pieces of equipment up steep terrain towards a fire.

Underpinned by an ATV chassis, this four-wheel drive blitzes in all types of environments with different uses across agriculture, snow removal firefighting, and more. It will operate on three different modes: “Follow Me,” “Pattern,” and “A to B.”

Read More: A Stripped-Down Honda Civic Found Its Worst Nightmare a Lane over in the Form of a 1970 Model Year Dodge Charger

“Honda showed its vision of the Autonomous Work Vehicle as a concept at CES 2018, and we’ve been testing in real-world scenarios to demonstrate the value and capabilities of this unique machine,” said Pete Wendt, senior planner in advanced product planning at Honda. “Honda is looking for additional partners to evolve the technology and develop attachments or accessories that will expand the potential uses for the Autonomous Work Vehicle.”

In a recent press release, Honda also released a series of videos showing the Autonomous Vehicle in three applications: solar, agriculture, and firefighting.

Its solar operations are based on a 20-megawatt solar farm in North Carolina, where the Honda car is used for vegetation management. The agricultural application uses the Autonomous Vehicle to carry fruit and vegetable loads away from harvesting and the wildland firefighting, but focuses on tight maneuvering across rugged terrain to carry firefighting equipment to and from the impacted site.

If you find yourself in Vegas from January 8-11 and are hoping to learn more about Honda’s Autonomous Work Vehicle, look for Honda Motor Company representatives at CES Booth #7900 at North Hall in the Las Vegas Convention Center.

Read More: These Are the 15 Safest Vehicles in the United States for 2018, Including the Honda Accord, Honda Odyssey, Honda CRV, Honda Ridgeline, and the Acura MDX