Safety group says these are the 15 safest vehicles for 2018, and two companies are well ahead 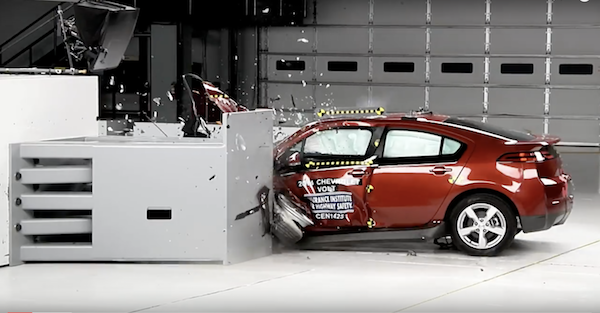 The Insurance Institute for Highway Safety has chosen 15 vehicles for its highest award designated the “Top Safety Pick Plus.”

Twelve cars and three SUVs made the list, and another 47 earned the “Top Safety Pick,” designation, and two companies — Hyundai and Subaru — each  placed four vehicles on the list. The IIHS said it hasn’t reviewed all cars, so the lists may change as the year goes on. According to newsleader, IIHS president Adrian Lund said:

“Automakers have really come to grips with the fact that safety is an important component of consumer choice, and they are working hard to meet the criteria. They want to be known as leaders of safety.”

Although major improvements have been made to vehicle safety over the years, many Americans are still dying behind the wheel. Car-crash fatalities have risen for the 2nd straight year hitting a nine-year high of 37,461 deaths in 2016 according to National Highway Traffic Safety Administration. Lund said that the improved economy has enabled more drivers to hit the road and could be the reason for the steady increase in car crash-related deaths.   He added that distracted drivers due to cell phone use, has also increased the risk of driving.

One important aspect of safe driving is visibility. Lund said that the IIHS now requires a “good” rating for headlamps, in order for a car to receive the Top Safety Pick Plus award.

“We are seeing a big change” in headlights. In previous years, it really was the designers who were determining the positioning of headlights. Now, because we?re actually giving some objective ratings of how much light these headlamps put on the road, the engineers are getting more say.”

Here is the complete list, but understand that the vast majority of vehicles only qualify with optional equipment. Advanced safety features like automatic emergency braking are not available on many base models, so those cars would not qualify for the Top Safety Pick Plus designation.