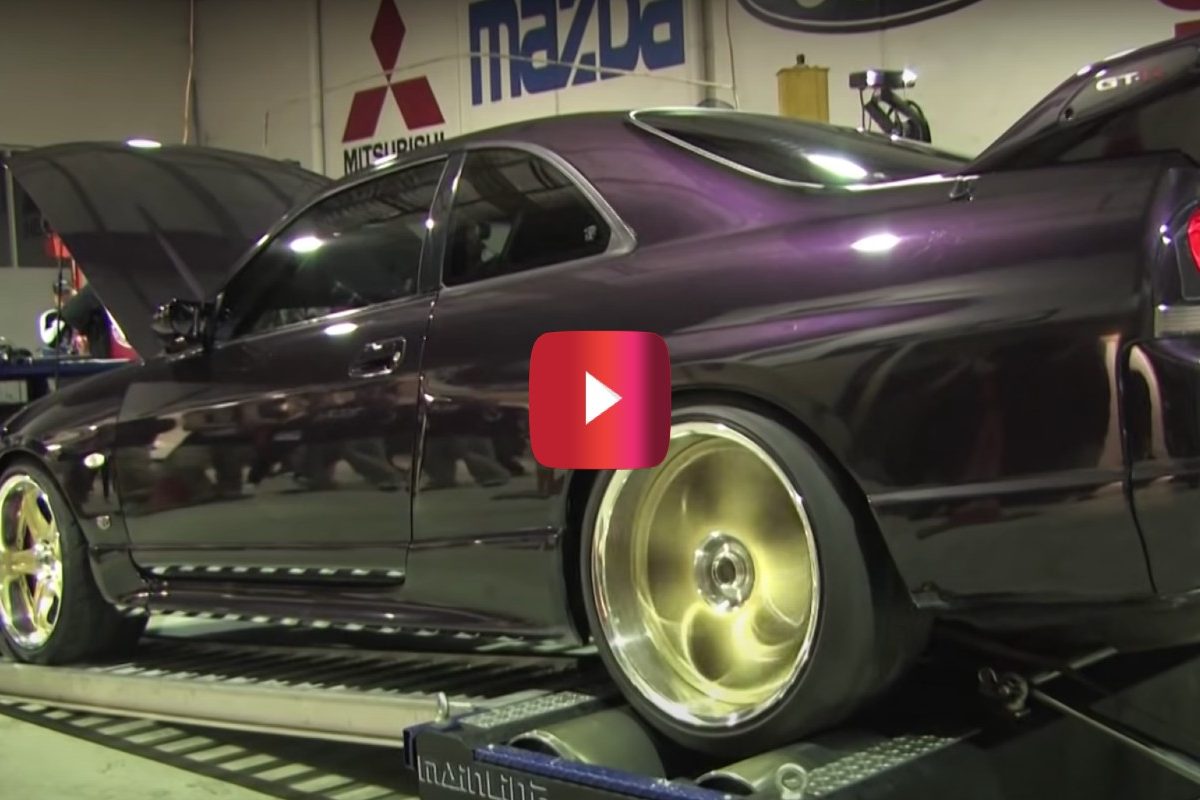 I feel like we have to begin this post with a special warning for anyone who’s planning on watching the above video with headphones: You’re gonna want to turn the volume down, or risk having permanently damaged eardrums. Like the video’s title says, this Nissan Skyline GT-R dyno run is ANGRY. If you’ve ever watched a dyno run, whether up close or in a YouTube video, you know that they’re definitely not for the faint of heart or the sensitive of hearing. But, now that that’s out of the way, on to the good stuff.

In this video from the YouTube channel Fullboost, one lucky guy named Brad brings in his HKS T51R single turbo 2.8L stroked RB26 powered Nissan R33 GT-R Skyline for a badass dyno run. As the video’s description says, the car had “previously made over 650kW to all 4-wheels but in RWD mode this time out the GT-R was struggling to put its massive power down to the rollers.” Simply put, this beast can’t be tamed.

In any case, not only does this sports car sound like a bellowing demon emerging straight from the depths of the underworld, but it looks sleek as hell on top of that. From top to bottom, this thing is all class. With that eye-popping purple paint job and the stylish gold rims, this Nissan Skyline looks like a custom ride you’d be thrilled to unlock in the latest Grand Theft Auto game. But, it’s the real deal!

With all the dyno fails and explosions out there on the world wide web, it’s nice to see a dyno run that simply showcases a car’s pure, unadulterated power. You love to see it.