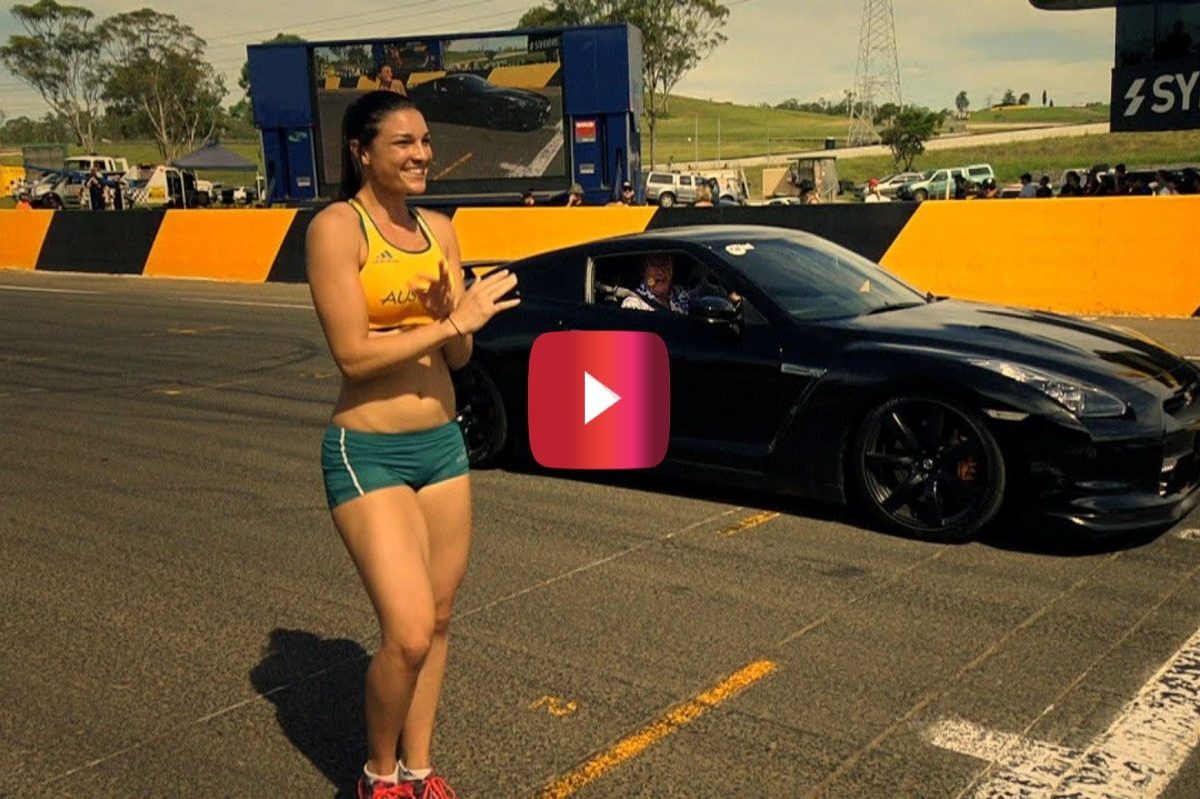 Jeremy Clarkson posed an interesting question at the Top Gear Festival in Sydney back in 2014. “Which is faster,” he asked an appreciative crowd, “a Nissan GTR, or a woman?”

There’s a smattering of astonished laughter after he poses his questions. Is this question real? We’re used to the zany proposals and experiments that have been executed on Top Gear over the years, but a car versus a woman? That sound you hear in the video is everyone girding themselves over the possibility that this task could either be extraordinarily bizarre, or result in protests and rioting.

The Nissan GTR takes to the track as Clarkson shares the specs. 484 horsepower, four-wheel drive, and an acceleration rate that, according to Clarkson, “actually hurts.”

Then. the woman arrives: an Olympic hurdler named Michelle Jenneke, who obviously has a very game sense of humor and plenty of athletic talent. Naturally, much time is spent watching Michelle shimmy her way through her warm-up routine, which appears to substantially provide stretch and relaxation for every major muscle group, including the fingers.

In fact, it might not be a bad idea to stand up and shimmy like Michelle a few times throughout the day to avoid work day stagnation, but that?s not the point of this video.

According to Clarkson, the race includes a dash to the posted pillar. Then, while Michelle turns around and heads back to the starting line on foot, Clarkson must slam the Nissan GTR into reverse. Whoever returns to the starting line first is ostensibly the winner, though Clarkson comments that the winner is “whoever is run over least.”

It?s probably not a “spoiler” if things pan out exactly as expected, but there is a moment during the race when Michelle is in the lead. At the very least, she got an enjoyable sprint out of the day, along with a joy ride in a Nissan GTR after the race. And, the rest of us learned the key moves for a full body warm up routine, to boot.