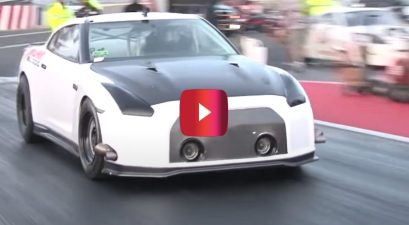 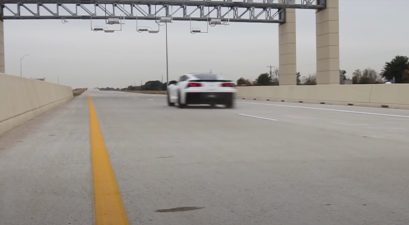 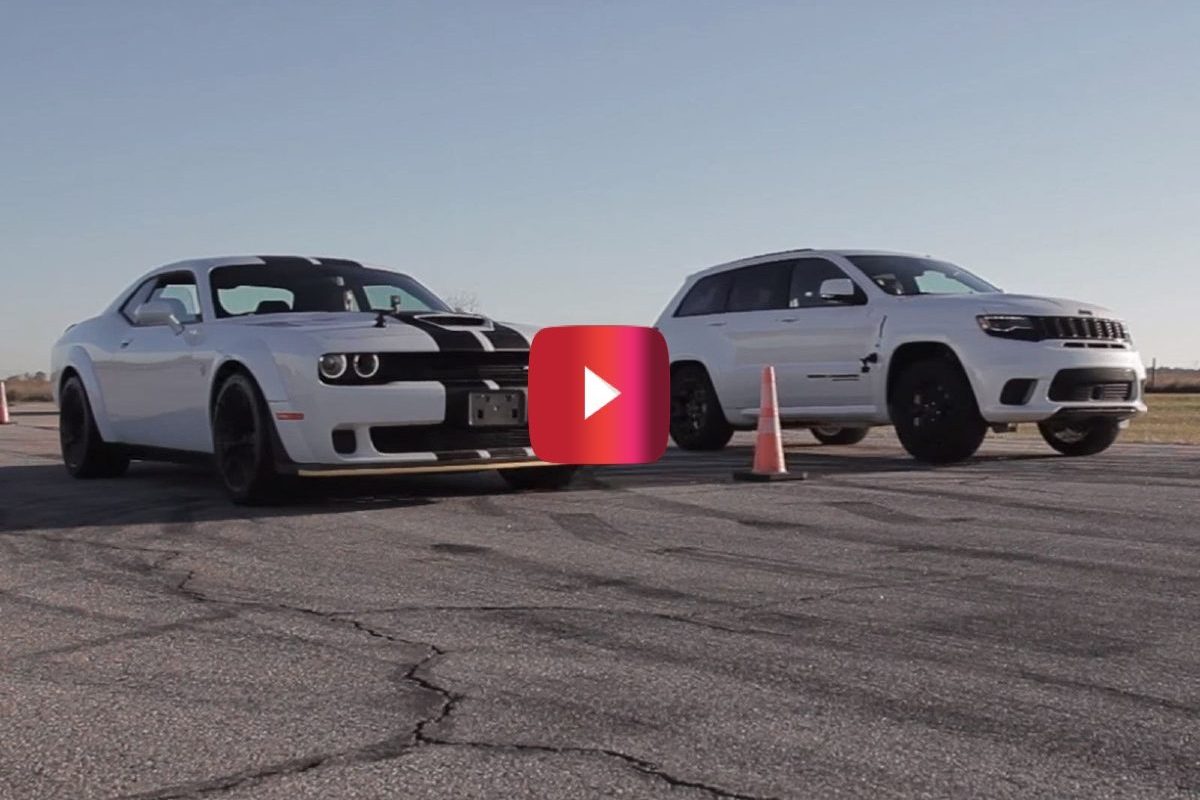 When the Hellcat Charger and Challenger were released, we were all amazed at its 707-horsepower supercharged engine. Some were even more amazed at the severe lack of traction provided by the 275 section tires out back. The car has the potential to be a total monster from a dig, but only with sticky tires.

With cars like the Nissan GTR and the dual-motor Tesla models showing us how well modern all-wheel-drive can work, Mopar fans have been hoping this would eventually be offered in a Hellcat. Well, the car gods have come to the rescue, or in this case, the SUV gods.

It doesn’t look like the Challenger or Charger will get AWD anytime soon, but the Jeep Grand Cherokee Trackhawk has it, and in this video posted by Hennessey Performance, we see how well a Hellcat with grip can perform.

The race puts two family members against each other as they drag race a 2018 Trackhawk versus a 2018 Widebody Challenger Hellcat, which is basically the same in the performance department as a regular Hellcat Challenger, but has a 305 section tire. Both have the same engine, both are stock, but the Trackhawk has a serious advantage with power being sent to all four wheels. The footage shows the race from a few different angles, but no matter how you look at this, the Grand Cherokee Trackhawk kills the Challenger Hellcat in a real world drag race.

It’s a bit of mystery right now how the Trackhawk will affect the sales of the rest of the Hellcat lineup. There is no doubt that someone who buys an SUV is very different from one who buys a car, but in this case, some potential Hellcat car buyers may take another look at the Trackhawk. It wins in the real world in just about every category including hauling around a kids soccer team, pulling a boat and now smoking just about everything from a dead stop. If you find yourself having a hard time deciding between the cars, just pat yourself on the back. This is definitely a first-world problem.