A Penthouse in New York Has This Massive Tribute to Dale Earnhardt Jr. 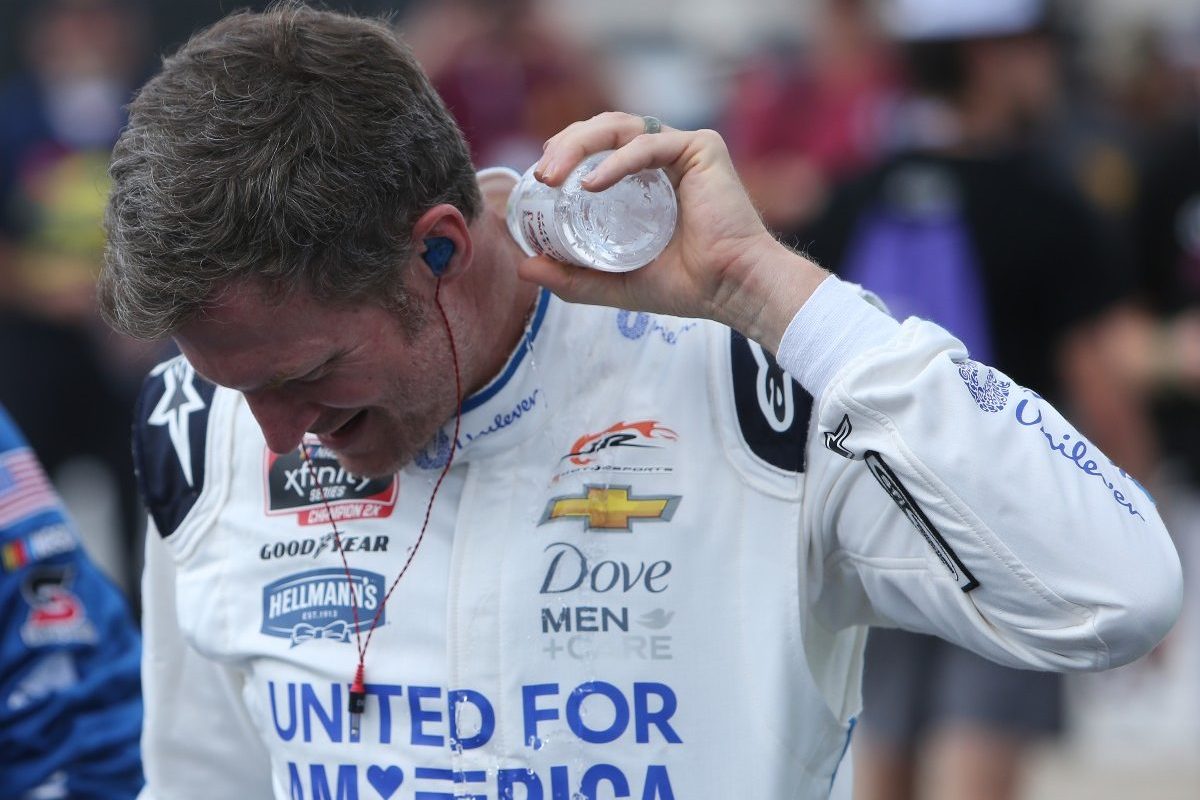 From 2008 until the day that he retired from his full-time NASCAR career in 2017, Dale Earnhardt Jr. drove the No. 88 Chevrolet for Hendrick Motorsports. The NASCAR Hall of Famer ran some incredible races in that car and racked up some memorable NASCAR Cup Series wins, including the 2008 Budweiser Shootout, the 2014 Daytona 500, and three Can-Am Duels.

Especially since he finished off his career in the No. 88 Chevy SS, Dale Jr. surely has a special place in his heart for the stock car. So, the JR Motorsports co-owner probably felt a little bit honored — but probably also just surprised, for the most part — when he discovered that a 3,777-square foot, $14.8 million Manhattan penthouse of all places was sporting a tribute to his iconic Chevy in the form of a massive 88 sculpture.

An article on the penthouse from back in 2015 mentions that “in the great room, which looks out onto a leafy park and the towers of lower Manhattan, looms a monumental Banks Violette steel sculpture in the form of a tilted 88.”

A listing for the fancy condo caught Dale Jr.’s attention on Twitter, which led him to jokingly speculating on who the owner might be. Jimmie Johnson was his first guess, but then he got to thinking that it could belong to a former big-time rival of his.

Could you imagine Jeff Gordon having a tribute that big to Dale Jr., of all people, in his house? Though, I think it would be more surprising for him to own a penthouse like that to begin with. He doesn’t really strike me as a New York City fancy apartment type of person, if we’re being honest.