Humans are naturally drawn toward competition. We all want to see who's the best of the best. That should be clear from the vast number of racing events held around the world.

Motocross is no different, though I'd place this sport as one of the most dangerous and high-risk forms of racing out there today. The off-road circuits are unforgiving, and consequences of a mistake can be severe.

Regardless of the looming danger, motocross riders continue to push the boundaries to try and prove that they have what it takes to become a champion. It's not easy, but with enough dedication and talent, anything is possible.

If you're relatively new to the world of motocross, let's take a look at the basics, from the history of the sport to the major series that you need to check out.

What Is the History of Motocross? 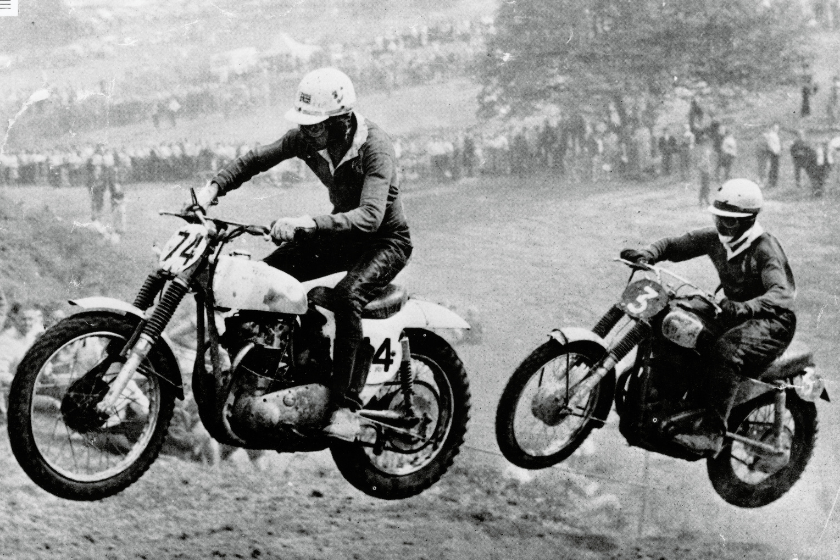 The very beginning of motocross history will take you over to the United Kingdom.

Scrambles, or cross country races on dirt tracks during the early 20th century, started to gain some popularity in Europe. In fact, it originally gained the name motocross as a combination of the French word for motorcycle (moto) and cross country.

It wasn't until the 1960s that motocross really made its way into America.

Edison Dye had spent some time around European motocross, and after becoming an American importer of Husqvarna dirt bikes, he brought over a few high-level racers into the U.S. His efforts largely impacted the growing interest in the sport, and he received a number of awards as a result. Americans were quick to become invested in the new type of off-road racing.

Surely enough, the American Motorcyclist Association was created, and they introduced the AMA Motocross Championship race in 1972. As the years went on, they brought on races for 500cc, 250cc, and even 125cc classes. They eventually started racing in stadiums, and after one particular event was advertised as the "Super Bowl of Motocross," the term supercross was born.

Things changed in the 1980s. Japanese companies introduced water-cooled two-strokes with a single shock absorber as the rear suspension. This gave the bikes more ability, and it didn't take long before racers were bringing home wins on Kawasaki, Suzuki, and Yamaha dirt bikes. Even today, Japanese bikes are practically all you'll see on the tracks. At the start of the '90s, women's classes were also introduced.

While two-strokes dominated the track for quite some time, the four-stroke takeover snuck in during the 199's. In order to compete, larger engine four-strokes were allowed to race against smaller two-stroke engines. As motocross racing crossed into the 2000s, basically all major dirt bike teams were competing with more environmentally friendly four-stroke engines.

It's this evolution that has transformed motocross into the racing sport that it is today. In the modern era, motocross riders continue to push the limits of the capabilities of man and machine.

A Look at the Different Motocross Event Categories 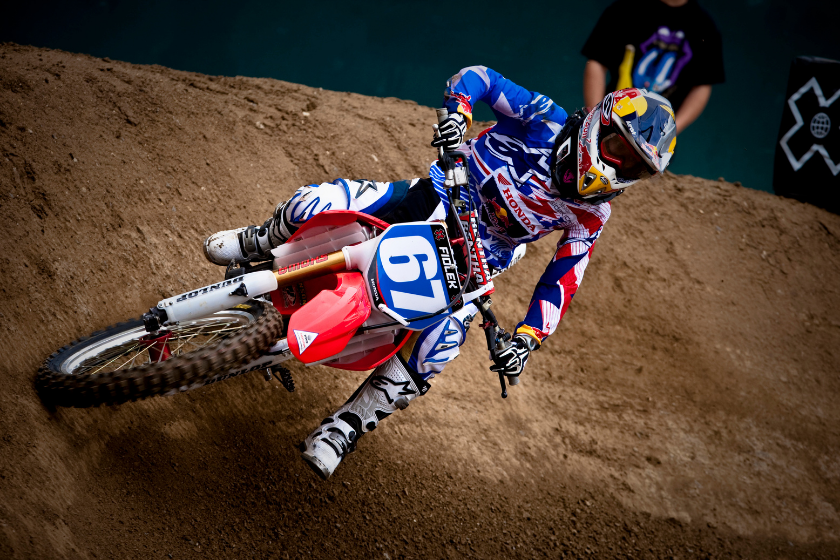 This means that riders must also deal with the elements. It may seem like a small detail, but wind, rain, humidity, and the brightness of the sun can play a huge part in separating good riders from great riders. Rough terrain gets rougher, and roost becomes a huge factor regarding visibility when outdoors.

Also, motocross tracks are typically wider, faster, and consist of larger jumps. The speeds that riders can reach during these motocross events are truly unreal. 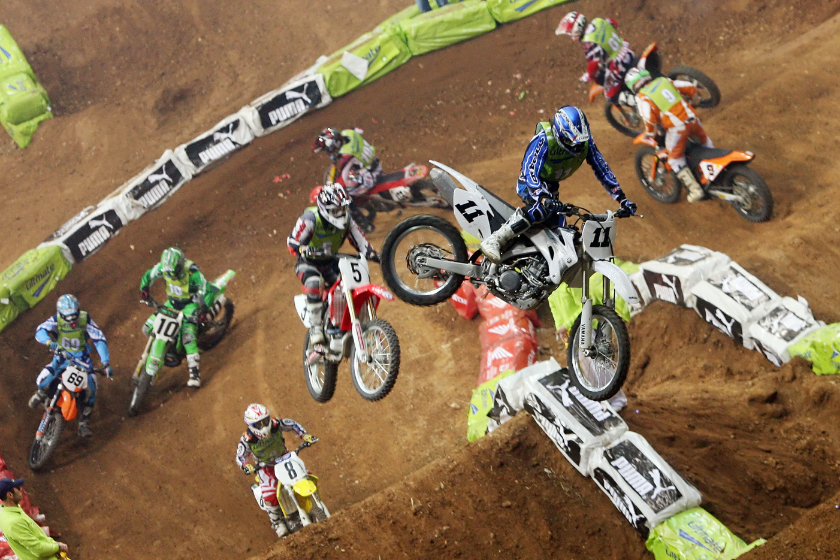 While supercross is somewhat similar to motocross, there are a few key differences. One of the biggest is the fact that these closed course tracks are set inside stadiums or arenas. The layouts are tighter, narrower, and much more technical. You'll find tabletops, whoops, and tight berms integrated within.

If a rider wants to win the race, they must know exactly when to throttle out of a turn, because even being a fraction of a second off could result in losing a position.

Supercross is focused on competition between riders, and it's usually pretty clear who deserved to win the race by the time it's all over. 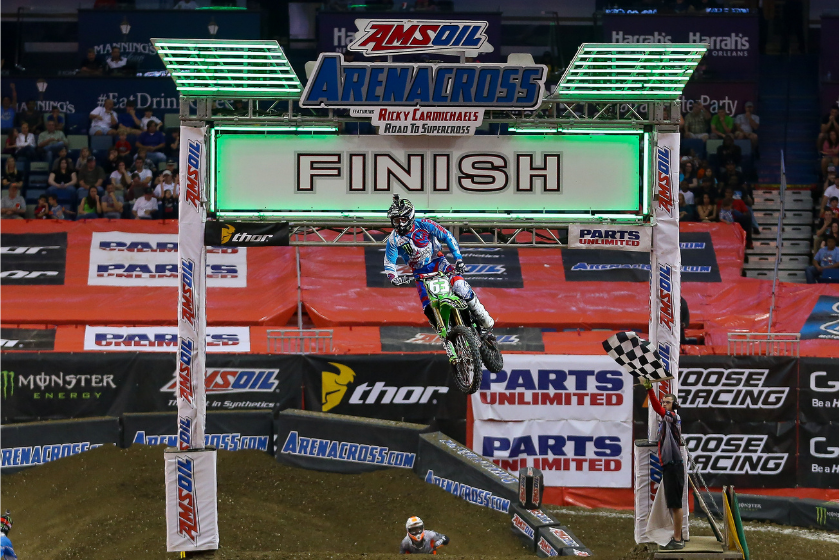 Arenacross is also the ultimate event for family and friends. The events feature have bright concert-style lights, music pumping through the speakers, and so many other attractions.

Not only do you get to see riders fiercely competing to grab the victory, but they also have freestyle motocross riders to add to the show. Even more, arenacross events include giveaways, plenty of merchandise, and even give spectators a chance to meet some of the teams and riders. It's always an epic event that's worth checking out. 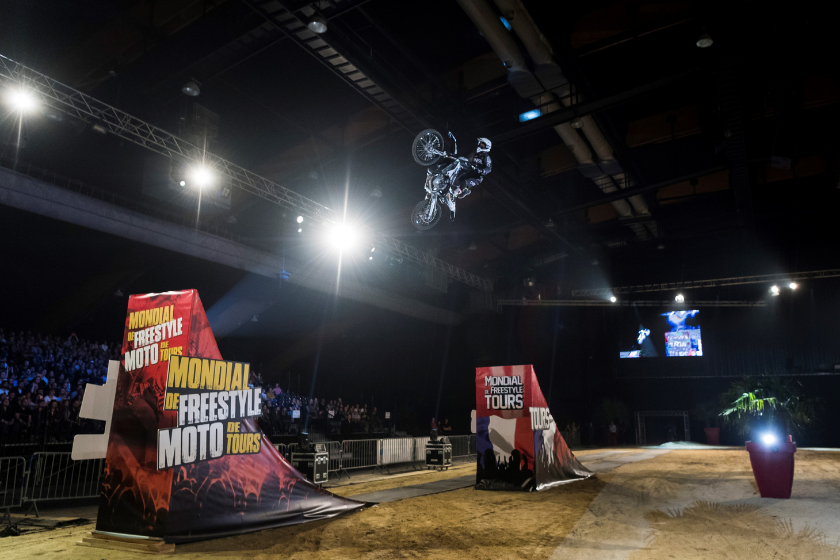 If you happen to be more interested in stunts as opposed to racing, then freestyle motocross is the event for you. Here, you'll find massive jump layouts and judges who score the competition based on wicked tricks.

In the modern era, freestyle riders have evolved to tricks such as double backflip variations, front flips, flairs, and so many others unreal moves. It's mind-blowing to see what's possible on a dirt bike. These athletes have nerves of steel, and they certainly put on a good show for the spectators 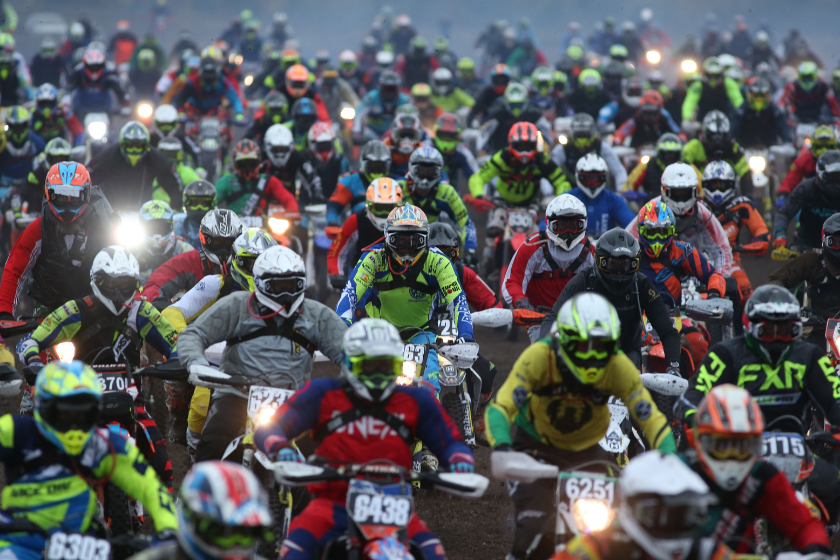 Enduro gets its name from endurance. As opposed to typical motorcycle racing, enduro races consist of challenging terrain in which one needs extreme bike control to conquer. Think about logs, rocks, and big hills. Courses are usually fairly long, and it takes lots of energy to reach the finish. In fact, many competitors won't even finish at all.

While some motocross bikes are designed for standard racing, others are made as more of a trail bike. Compare the Yamaha YZ450f to the WR450f, and you'll see exactly what I mean. This is a very tough category of racing, but it can show exactly how much skill a rider really has at the end of the day.

Major Motocross Series You Need to Check Out 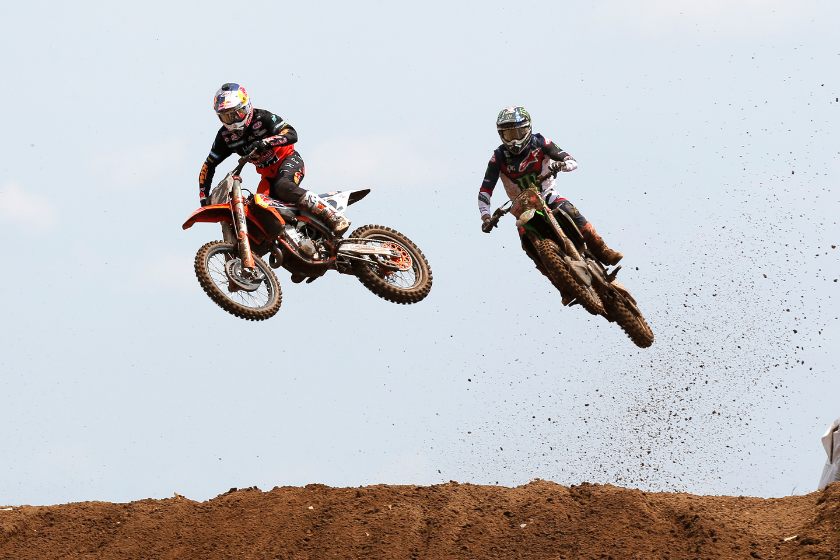 Sanctioned by AMA Pro Racing, the Lucas Oil Pro Motocross Championship is likely the most well-known series for dirt bike racing. It features 12 rounds, tons of talented competitors, and some of the most challenging outdoor tracks in America.

It's here that legendary riders like Jeremy McGrath, Ricky Carmichael, and Travis Pastrana showed the world what they could do. 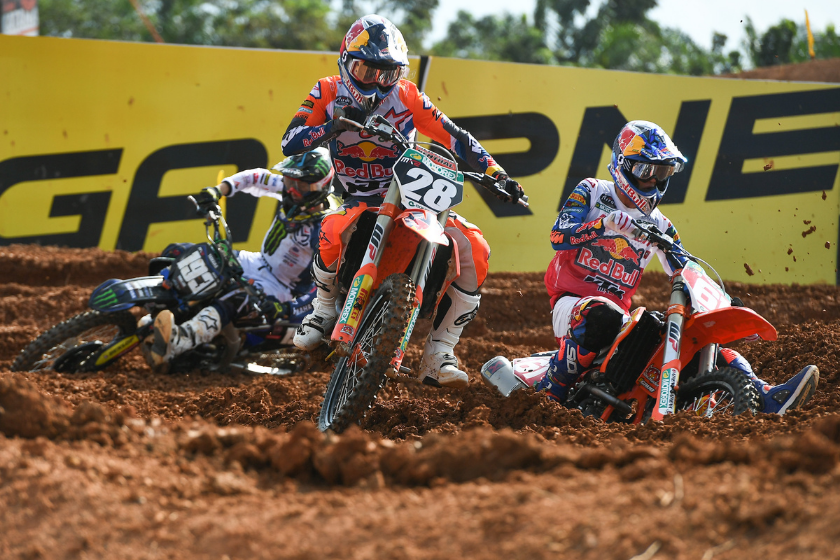 Organized by the Fédération Internationale de Motocyclisme, FIM Motocross World Championship is another premier motocross racing series. These international competitions match up riders from across the globe to compete for one common goal.

The series has 18 events, with two races per class at each round. There are two main classes in this championship. MXGP includes riders 16 and older, and they have the choice of riding a two-stroke between 175cc to 250cc, or a four-stroke between 290cc to 450cc. The second class, MX2, has a max age limit of 23 years old. Here, riders can use either a 125cc two-stroke, or a 250cc four-stroke dirt bike.

It's one of the few series that allows two-stoke and four-stroke bikes to compete against one another, and that definitely makes for some fantastic racing. 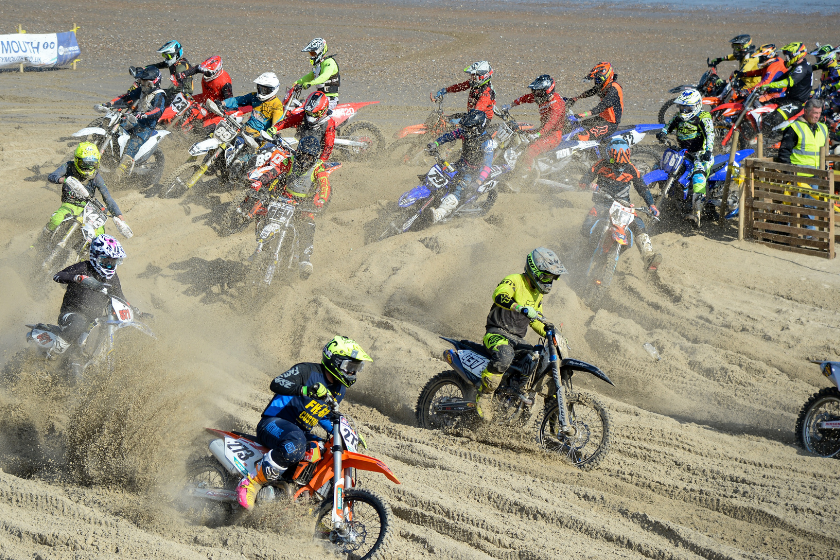 Since motocross started out in Europe, it only makes sense that they have their own motorsports championship. The British Motocross Championship takes place in the UK, and they've got some seriously talented off-road motorcycle racers.

Again, classes are broken down into two categories. MX1 involves four-stroke motorbikes between 251cc and 450cc, while MX2 means bikes must fall between 175cc and 250cc. Take note of the fact that two-strokes are not commonly used in this championship series.

Each year, riders duke it out to become the champion in the location that motocross was first born. What's not to like about that?

While these three championships are arguably the most well known, there are plenty of other motocross racing series out there. However, once a rider makes it to the professional level, they'll likely fall into one of the three.

READ MORE: Ricky Carmichael Is Considered the GOAT in Motocross, and It's Easy to See Why