Jeremy McGrath Was Called “The King of Supercross” for Good Reason 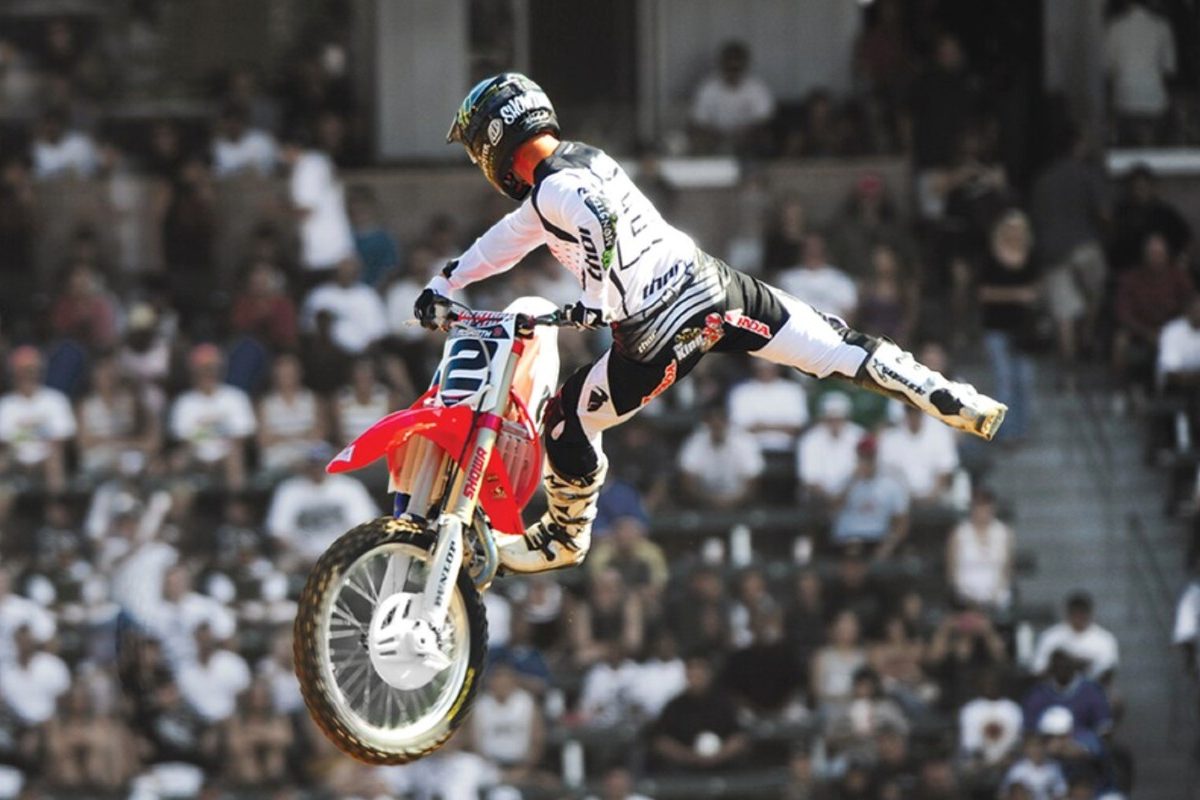 Every now and then, you get those individuals who push the boundaries of a sport. Without them, the action would get boring, and the other competitors wouldn’t have any motivation to improve their own skills. When it comes to supercross and motocross, Jeremy McGrath was one of those racers who had undeniable talent on the track. He wasn’t called “The King of Supercross” by mistake.

Born in San Francisco, California, McGrath started riding dirt bikes by the time he was 15 years old. At this point, he had already started to develop his skill on a BMX bike, and it was impressive to watch how those skills revolutionized motorsports. Many people have heard the name Jeremy McGrath, and while some may know he rode dirt bikes, let’s go over exactly how he made such an iconic name for himself on two wheels.

When McGrath began actually competing in motocross, the Southern California rider’s talent showed itself quite early. Starting out with 125cc Western Region Supercross back in 1989, he fell into an astounding rhythm. He won his first Supercross race in 1990, nearly taking the title after placing second overall. He made some improvements for the following season, and ended up winning the Supercross title in both ’91 and ’92.

After this, he jumped up to 250cc AMA Supercross. For the next eight years, McGrath proved that he was pretty much unstoppable. Amazingly, McGrath won seven Supercross championships between the years of 1993 and 2000. Additionally, he won the 1995 250 Outdoor Motocross Championship, and brought home two wins at Motocross des Nations for the U.S. team in ’93 and ’96. It should be no surprise that this time period in the sport is commonly known as the “McGrath Era.” He could have potentially even won another championship, but McGrath suffered a pretty bad wreck at Millville during the 1997 season after attempting a lengthy jump.

On top of just being fast on the track, he also had style like we had never seen before. He would actually do tricks while hitting the jumps on the race track. One of the most well-known was a popular BMX trick called a Nac-Nac, and when people saw him do it on a dirt bike, it actually played a crucial role in creating what’s known today as freestyle motocross. He rode for multiple race teams and on a variety of different bikes over the years, including Honda, Yamaha, and KTM, but when McGrath got on the track, it was showtime for the Supercross champion.

Of course, you can’t be the best forever. In 2001, McGrath started to have a little trouble keeping up with Team Kawasaki rider Ricky Carmichael. He tried to do what he could, but Carmichael ended up knocking him off his throne. Age may have played a little bit of a factor, but you match that with some of the bad wrecks that McGrath endured in the next few years, and it eventually made him decide to do a farewell tour with KTM in 2003.

Now, McGrath didn’t just pull the plug on his career like that. Two years later, he came out of his retirement to race a limited schedule in the 2005 season with Team Honda. He also competed in Summer X Games that year and the following year, where he took home a silver medal in Supermoto and Step Up. In 2006, he put together the McGrath Invitational, which was a one-off Supercross race on a custom track with huge prize money. He announced that this would be his final professional moto race of his career.

Following his motorcycle career, McGrath signed a NASCAR driver development contract in 2007 to do some racing with his Monster Energy sponsorship. He also occasionally does off-road racing, where he’s seen a number of victories.

Here’s just a snapshot of McGrath’s accomplishments over the years:

Need I say more? McGrath is an absolute motocross and supercross legend. He certainly proved to the world what he was truly capable of, dominating the ’90s and leaving his mark on a incredible competitive sport.