These 16 Drivers Made the NASCAR Playoffs Cut 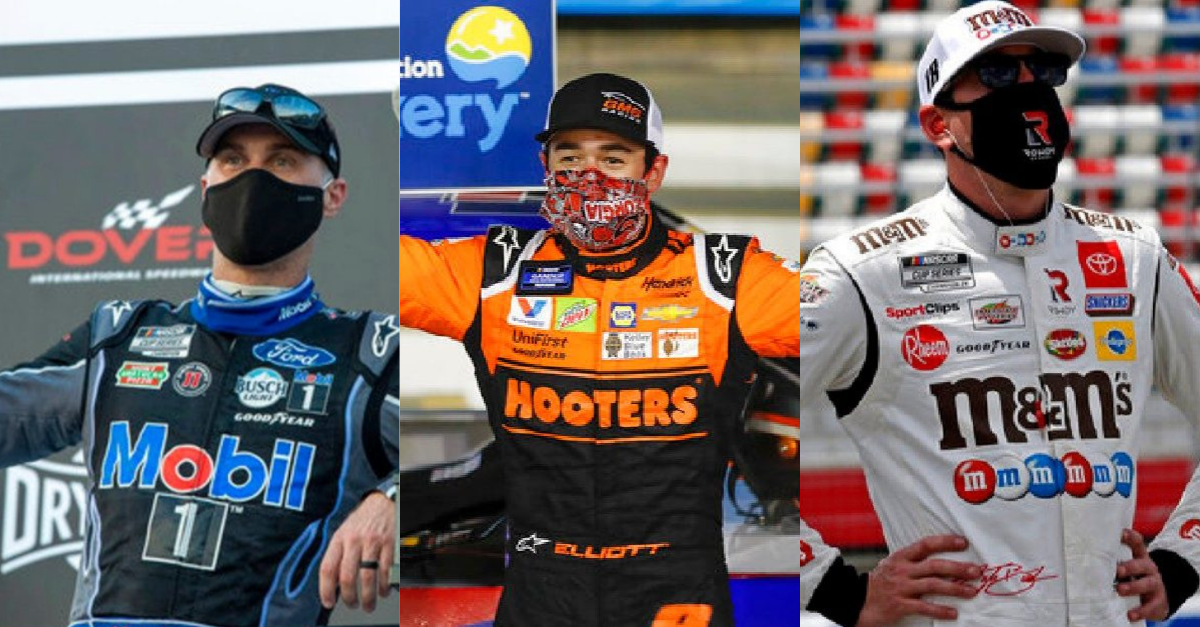 The 2020 NASCAR Cup Series playoff field is set! Despite a much different NASCAR season than the normal, due to the disruptive impact of the coronavirus pandemic, 16 drivers are set to enter into the playoffs, following the August 29 cutoff race at Daytona International Speedway.

William Byron locked himself into playoff contention with his win at the Coke Zero Sugar 400, while Jimmie Johnson was eliminated, thanks to a wreck with only a few laps to go. On top of that, Kevin Harvick was crowned the regular season champion, Chase Elliott earned himself a spot with big wins at Charlotte and Daytona, and the Busch brothers both barely made the cut.

With the first round of the postseason to kick off with Darlington Raceway’s throwback week on September 6, there should be plenty of high-octane race ahead. You ready, NASCAR fans?!

With seven regular season wins and 57 playoff points, Kevin Harvick is clearly the most dominant of the playoff drivers. Having reached the Championship 4 in 2015, 2017, 2018, and 2019, Harvick is poised for big things in the postseason.

Should Harvick still be in contention at the championship race in Phoenix, he’ll have past performances on his side, as the 2014 Cup champ has nine wins and 14 consecutive top-10 finishes at the track.

While Kyle Busch got the job done for Joe Gibbs Racing last year, Hamlin will be JGR’s best bet when it comes to championship aspirations.

With wins at Charlotte, Bristol, and New Hampshire, Keselowski also went a flawless 8-for-8 in top 10s on 1.5-mile tracks.

Logano earned both his wins early in the season at Phoenix and Las Vegas, and has performed well on both short tracks and 1.5-mile tracks. The 2018 Cup Series champion also has the second-most stage points in the series, despite troubles at pit road.

Elliott has been strong in his short-track performances this year, but the All-Star Race winner has a strong playoff start ahead of him in Darlington, which is his third-worst track by average finish.

The Rest of the Playoff Field