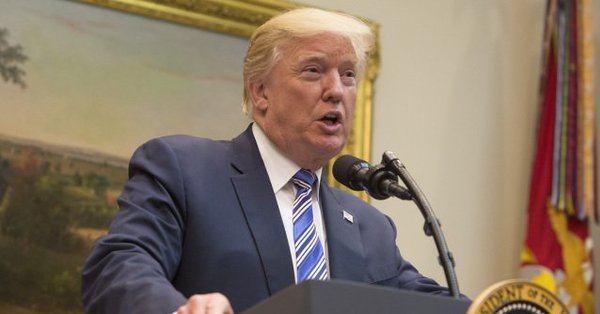 The morning after a couple of team owners said they’d fire anyone who protested during the national anthem, President Trump sent out this tweet:

So proud of NASCAR and its supporters and fans. They won’t put up with disrespecting our Country or our Flag – the said it loud and clear.

President Trump recently called out athletes kneeling for the national anthem, and he has been especially critical of players in the NFL and NBA.

Related: One issue threatens to overshadow everything that happens today in NASCAR and at NHMS

Team owner Richard Childress made a very strong statement regarding what he would do if someone on his team decided to kneel for the anthem, and he didn’t mince words before Sunday’s race at New Hampshire.

Richard Petty said that anyone who doesn’t stand for the anthem should be kicked out of the country.

“Anybody that don?t stand up for the anthem oughta be out of the country,” he said in remarks reported by the Associated Press. “Period. What got ?em where they?re at? The United States.?

Austin Dillon, the driver of the No. 3 on Childress’ team,  told USA Today that NASCAR is a very patriotic sport and he doubts anything will happen at a NASCAR event.